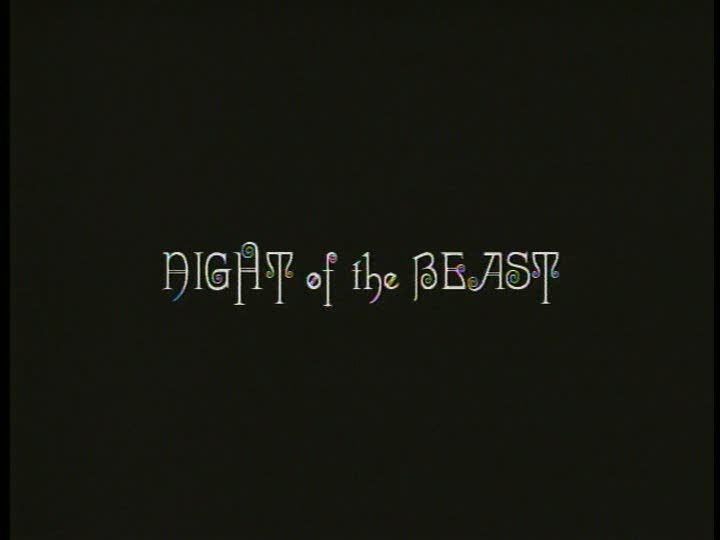 In furthering the attempt to work my way down the Spawn of Satan pack, we move to the last two movies both produced in 1993. It’s hard to say if this was really worse than The Screaming or Night Crawlers, but it’s certainly pretty bad. 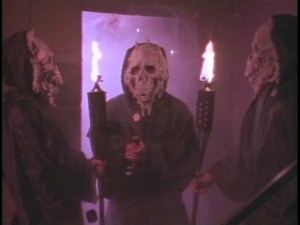 There is one high point that balances out the mess. Now first off, this movie does pretty much play it straight, and there isn’t really any cheese to it. The actor that plays the old man cult leader is actually pretty good. He’s provided some decent lines and despite having to feed women to his demon child, he is able to portray that these events do trouble him. Everyone else is pretty shallow, and you end up having quite a bit of difficulty separating actors and actresses. At times, I saw someone locked up in the dungeon in preparation for the demon’s feast, but then I see someone I thought was the same woman, and she’s still at home. But this matters little in the end, since they don’t tend to have much screen time.

Little is explained. There appears to be a somewhat Satanic cult, but Satan is really never mentioned, so it’s apparently just a generic cult for a beast. Some token women writhes around in a dance but really has no part, while men in bone masks watch on. Another women is brought in and told that she has disobeyed and is then promptly fed to a demon. However all the other women are just kidnapped after being promised roles in a movie, so I don’t know if that punishment was really much different than normal course of business. 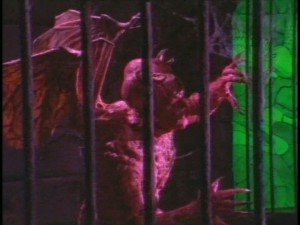 The demon is a decent attempt at costume use, and isn’t too bad, but the wings are pretty stiff. It does look a lot like one I saw in Demons at the Door. We don’t even see it for a while, and during the first feeding scene that appears on camera, it’s just awkwardly slow. At some point we get an origin explanation for the demon child, but it doesn’t make a whole lot of sense. The grand finale doesn’t make any sense either, but that’s not too different than the rest of the movie.