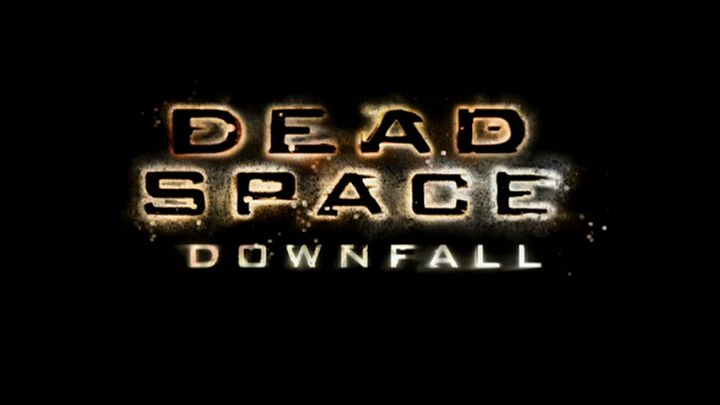 From Goshzilla: We are still trying to locate Brian, but we have no word of his location at this time. We received this review from an anonymous P.O. Box which has since been used by a different client.

Update From Goshzilla: For those of you telling me I should call the police. Yeah, sure, and then admit to how we pretty much kidnapped him to begin with.

I have mixed feelings regarding this movie. At the time of its release (October 28, 2008; three days before the hit video game’s release), EA’s marketing department was in full swing informing the entire world of their latest game: Dead Space. There were comic book miniseries, alternate reality games, interactive websites that functioned like adventure games; a tremendous amount of work went into this (I’m sure we’ll see this again with Dead Space 2 on the horizon).

I played Dead Space before [break]indulging in the media frenzy surrounding it. It was a one of a kind horror experience that, while borrowing heavily in terms of gameplay, had a pacing and a feel all its own. One of the more frightening and intriguing aspects of the game was that overall notion that you were really just taking part in a larger struggle; that there was a bigger story going on. That’s where Dead Space: Downfall and other products came in.

There is a word for this film, and it isn’t something so jaded or negative like “crappy” or “lame,” but simply “disappointing.” Released before the game (which was really the star of this whole campaign), this film is most obviously a marketing tool, and while it does manage to go the extra mile of providing a decent narrative and animation, it fails to live up to the main attraction. 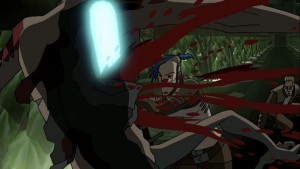 The story is one of the biggest problems for anyone like me who played the game first. Downfall hand feeds you every bit of information filling in every gap you may have encountered in the game story. The problem is that while the game’s plot was a “man behind the curtain” for most of the experience, it wasn’t tremendously hard to piece it together. There isn’t a lot of what this film’s teaser trailer called “crucial backstory” that you didn’t already know.

The plot at a glance is simple for science fiction. We have Alyssa Vincent, a security officer aboard a deep space mining vessel (the Ishimura) when an artifact called the Marker is recovered and people start going crazy. From there, dead bodies begin to mutate into hideous monsters called “necromorphs” and it becomes one big fight for survival. Over the course of the story, an organic alien encroachment proceeds to choke out the ship claiming it while the bodies of the crew are reanimated into necromorphs. 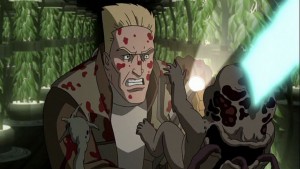 With expectations already reasonably high in dealing with this film, it doesn’t help that it’s touted as being the one that will “redefine animated horror.” The fact of the matter is that I’ve seen scarier, unintentionally scary cartoons than this. That is not to say that this film was bad or unwatchable. The animation is what you would expect in terms of straight-to-DVD features (no worse, but no better). It just suffers from being nothing more than a thinly veiled list of explanations and less of a story in its own right.