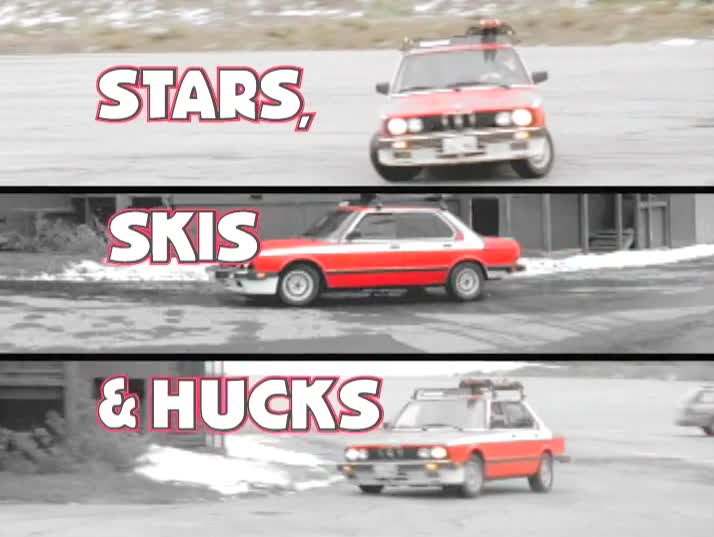 I forgot how much I hate AFI…but that’s beside the point.

We’re digging back a few years to something I found when Netflix used to mail DVDs out. They probably still do, but with all the physical discs slowly dissolving, the streaming service is far more useful. I can’t count the times I received scratched an unplayable media, and had to send it back, and waste a day. Perhaps that was the secret goal, but I’m not here to ramble on about Netflix woes or screamo goth punk bands, no we’re going to take a look at a Ski Video that attempted to have a plot 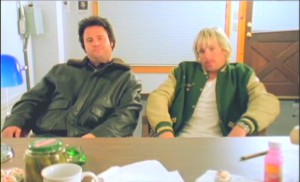 I’m not necessarily opposed to adding something into a ski montage, as the raw skiing or snowboarding footage can get a little dull even in the best of cases. I don’t even want to say it’s good or bad, it’s just one of those things that leaves me wondering what’s going on. The first clue was Glen Plake as the evil leader. Someday when I find my DVD binder, I’ll dig up my copy of SnoWhat! which delves even deeper into insanity, what with flying cow skulls battling blue screened ski lifts. Naturally the first thing you think about when considering a sports movie.

Anyway he’s had a history of bringing out the weird and nonsensical when doing these. Now it isn’t really his movie, but rather newer participants in the x-treme sport arena. This basically means the so-called plot isn’t going to be as good, but the skiing will make up for that. In SnoWhat!, the sport hadn’t matured as much,but here back country, helicopter assisted stunts are pretty much the norm. 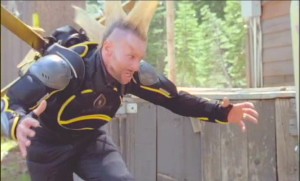 The video features a ton of skiers skiing to their favorite tunes that week, for which the producers could obtain licensing rights, so there isn’t a lot of cohesion, and it all has a very millennial vibe to it, leading to the first statement of this review. So I’m not sure if these are sprinkled amoung the plot, or the plot amoung the skiiing. Perhaps it’s a mix, and the plot tend to dominate as the run time continues and needs to be wrapped up. 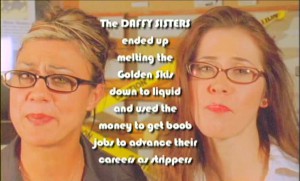 The plot basically parodies 70’s crime movies as the name implies, with two rogue agents trying to hunt down a man who stole some golden skis. This man (Plake) has raised an army of five people who follow his cult-like status, but don’t ultimately do anything. After a few leads (one), they find him, and embark on a downhill chase…on skis. I admit at least this ties into the theme. Plake is thwarted by being closelined…by an actual clothesline on the mountain, which was there because of a hot tub party, also on the mountain. (Wait, Hot Tub, Skiing…..nah)

And then some silly credits that sort of fall flat. I’m sure this was a vanity project for those involved, and not meant to be serious, but it does fall into the category of winking at the camera a little too much. I usually prefer more a deadpan approach to slapstick, but that’s just me. The skiing is good for the most part, and the plot doesn’t tie up too much of the movie, and it’s worth it just for Plake doing his last acting role for a while.