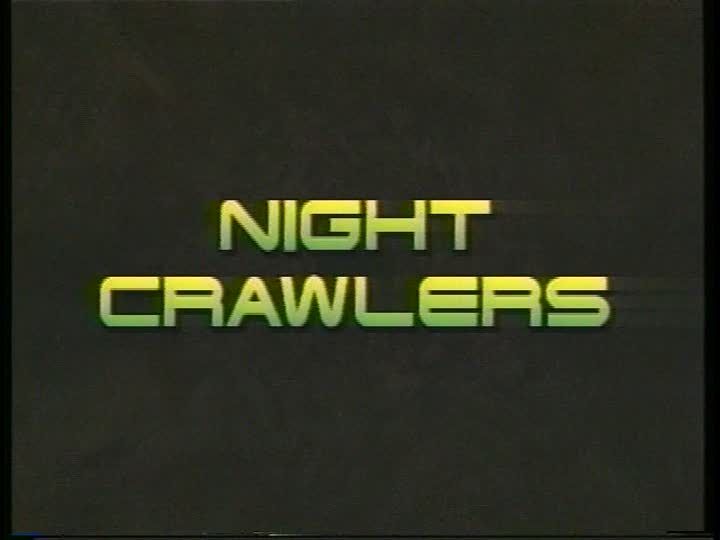 And on to another entry from the Spawn of Satan 4-pack. I’m attempting to go from the better entries to the most horrible. I’ve only been able to manage to skim them, so it’s a rough guess, but I figure reverse chronological order might also be a good bet.

Unlike The [Screaming], which had somewhat of a plot and sort of went somewhere, this just makes a huge mess out of a simple plot, but fails so gloriously that I can’t help but like it to some degree. There’s really no saving grace presented here, it’s all bad from top to bottom. However the badness does make it interesting to a degree, so that prevents the dreaded so-bad-it’s-actually-bad syndrome. 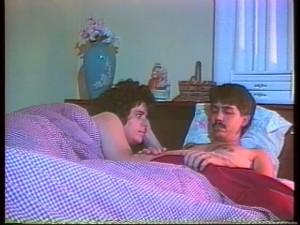 Here we have a family moving into a house that’s far under-priced. They are suspicious about the cost since it seems too good to be true, but after a few day’s thought, they figure it would be a shame to pass it by. After a hilarious scene with the man’s boss reacting to a request for a raise, the family fills up the next 10 minutes of the movie by unpacking boxes.

Within the first week strange things start happening and a huge hole in the basement wall appears and leads into an endless tunnel. The ‘tunnel’ is a crude overlay onto the normal wall and does such a poor job of portraying depth, that I thought it was just a stain with a dot. However later we get a camera angle from within the tunnel, which is even more poorly executed, but you can finally get the idea. 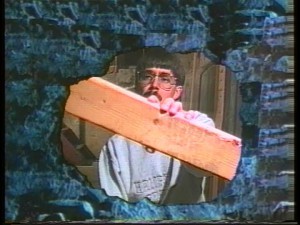 Apparently these tunnels lead around the town, as this bug creature can kill everyone from the neighbors house to the work site. In a strange turn of events, the bug corners a priest who begs for mercy using his cross. In most movies, the directors have a laugh by killing that person anyway. Here the bug just ends up walking away into the huge hole that no one noticed before.

Later on the bug comes back and gives us a deus-ex-machina of sorts by explaining how they have been here unnoticed since the dinosaurs. This goes on for a while, but explains little else since you can’t understand a word of the bug’s distorted voice. You can piece together parts from the priest’s response, but for the most part you’re still confused. 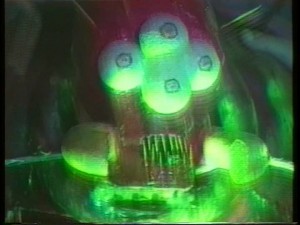 The bug itself is made from Styrofoam and hardly animates. It’s pushed along, so you only see either the front or back half move at a given time. Additionally the camera pans up and down to simulate talking. Acting is horrendous as well. I believe some call it cue card acting, as the dialogue is always directed just off the camera and at a close enough range to just imagine a cue card could very well be sitting there. It’s laugh inducing for the most part, and some are worse than others. The wife is probably the worst. Her acting is so dull and wooden you wonder why they didn’t try for another shot at the scene. Or maybe they did and then just gave up.

But of interest is the uncanny similarity between the husbands best friend, and Simon from our Zombie series: 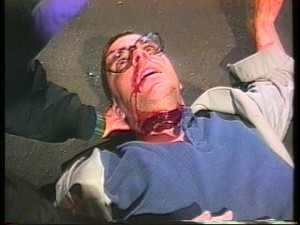