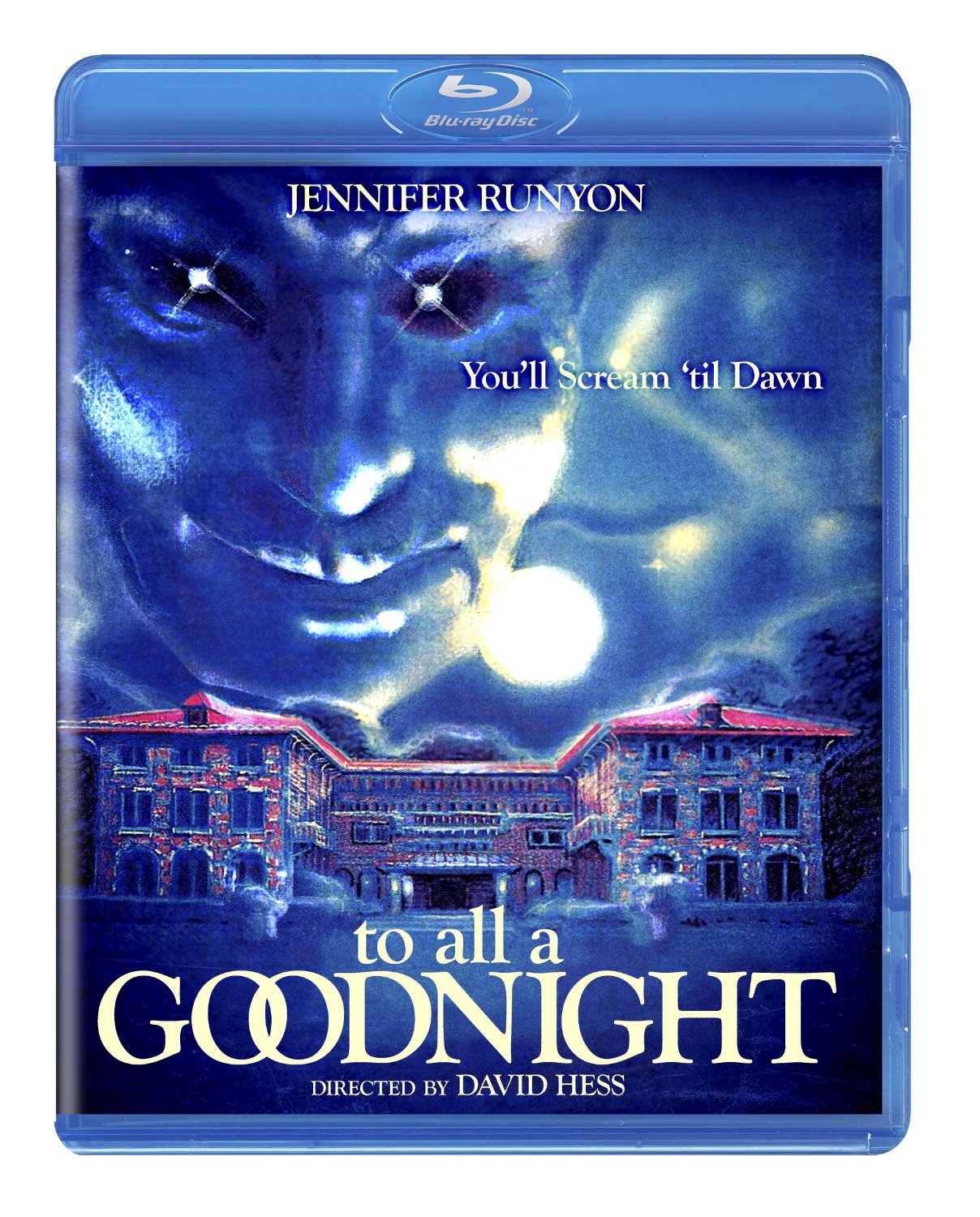 To All A Goodnight, is a lesser known Santa Slasher from 1980. It is Directed by Genre Legend, David Hess. And stars 80’s cutie, Jennifer Runyon.

Containing excellent, creative kills (one in particular is cheer worthy.) And a satisfying amount of blood, and gore. It also has impressive make-up effects by Genre Great, Mark Shostrum (this being his first horror feature.)  Also noted to be the first feature length Horror film, to have a killer Santa Claus dispatching victims. Even before the delightful, Christmas Evil. And the over the top Classic, Silent Night, Deadly Night.

This film is a blast, and goes against the grain in many ways. Even containing elements of bizarre, Art house-esque style moments. You can see the fun David Hess was having behind the camera, on the screen. And in ways that adds to the fun you have watching it.

To All A Goodnight, is now available on Blu-Ray from Scorpion Releasing. The picture quality is for the most part, crisp, and clean. Having the looks of a film that was released within the last decade.