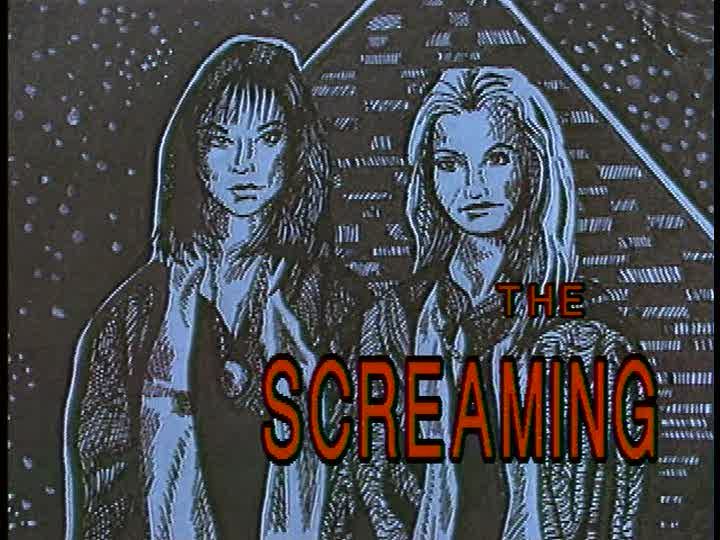 If you’re ever at a movie store and look through the horror/sci-fi section, you may notice some DVD sets by Brentwood. They boast having several movies in one place for the low price of around $7. Many have about four, while a few have upwards of 10-20. I learned a while back that these are not in any way good deals, and the money spent, while it gets you a lot, is still a waste due to the utterly horrible movies you end up with.

Many of them seem to include horror movies from the 60’s like Carnival of Terror, real z-grade drive-in stuff. Those types of movies, I just can’t stand. With a few friends they may be fun to rip, but otherwise it’s just an endless scene of boredom with possibly a few cheese moments sprinkled in. [break] 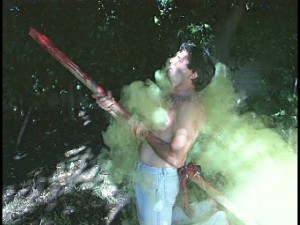 With the knowledge that I should avoid those, a few more started showing up with some more modern releases. Against all better judgment, I figured these at least wouldn’t be too bad. I may at least be able to use them as review fodder in any case. That was never more true than with the Spawn of the Devil 4-pack. And I don’t mean they weren’t bad, I meant I can use them for reviews.

The cover has an elaborate demon rising out of a pentagram, but that’s standard fair. Most movies sell you with the cover and then deliver you something filmed on a mini-DV camera. In this case mini-DV might have been a good thing, as these four movies were certainly filmed on VHS or possible analog 8mm at best. At some point they managed to get some blue screen equipment, which really would have been better off left alone. Not simply due to the huge blue fringe around everyone, but due to the background not matching anything that happens to the live actors. 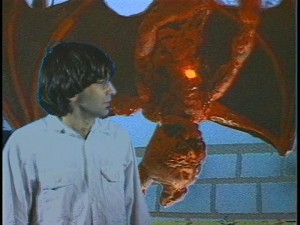 Effects in all honesty were terrible. But they blew past the barrier of just being bad and soared into outright laughable territory. For that they were enjoyable in a comedic sense. In the same scene, a stop frame animated demon would fend off a prodding stick, then inter-cut with a full scale demon that didn’t movie and looked nothing like the smaller scale. In one case the live actor was mixed with the prop, but the blue screen again just made things awkward.

Acting was okay. It was lifeless at worst, but perhaps just won by default due to everything else in the movie. Really nothing made sense. I suppose there was an origin story in there due to all the flashbacks, but I only gathered that certain scenes even were flashbacks when they faded back to the source scene. Most of the time I thought the action taking place was later that night. This is further confused by visions of torture that some of the characters have. The clips don’t provide much explanation or differentiation. 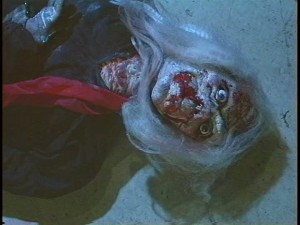 Even when you can figure the scenes out from one another, they still don’t make much sense. In one, some witches or whomever they were supposed to be stumble across a spaceship, which after looking at it exploded when a demon pops out. They it fades back to the women who apparently were recanting this story as part of flashback, but I still had no idea what was going on.

And the most confusing thing was trying to figure out exactly what these people were. The whole story centered around Crystalogy and its leader, which of course is a blatant analogy for Scientology despite the credits stating otherwise. This would lead you to believe it’s a cult and would be an appropriate addition to the Spawn of Satan collection. It’s further fleshed out with some demonic influences, but that causes a conflict. A demon clearly appears in a traditional devilish appearance, but is connected to a spaceship making us wonder if its an alien. The cult members are powered by gift shop crystals, but have vampire teeth and drink blood, so who are they supposed to be? 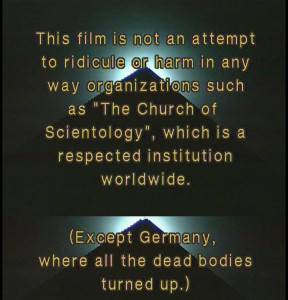 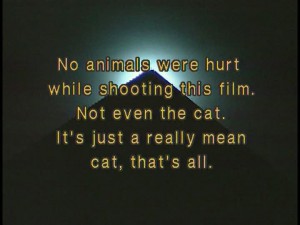