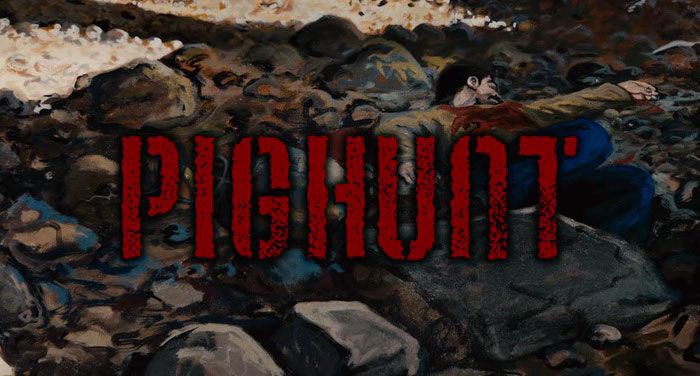 Forests and hillbillies are usually a combination for a lower budget production in order to hide said lack of money. The sets are free, and a little dirt will put anyone into character. However Pig Hunt ended up being a much better production that a typical entry. 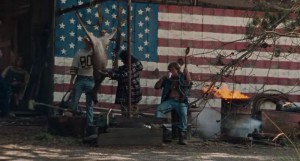 After the obligatory scene were a person we don’t care about gets killed by the POV of some creature, a horse randomly gets torn apart by a tree while two hippy girls look on. As history has predicted, the only natural thing left to is have a Car Ride Cliche! Yes, you could get away that easily. It does happen a little later in the movie after seeing a guy’s butt, but it still counts. I suppose the butt scene soured the mood and made the car ride scene not as harsh.

Aaaaanyway, all this setup means we have to meet some annoying characters that we don’t care a whole lot about and hope die soon. And boy do we have them here. The ex-soldier isn’t too bad and plays his part well, but his Asian girlfriend reminds me of the types who invented blogging and used to make websites in the late 90’s that were divided into sections that were named things like ‘Visual Stimuli’ rather than just art. I bet she used to run a webcam portal too. 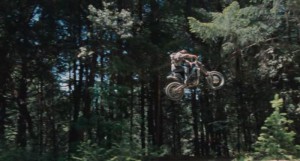 The others are just gun happy people who have never shot anything before, so they end up being very lame. Soon they run into two threats, neither being pigs…yet. One is a hippy commune, and the other is some mountain folk who used to know the solider in years past. They decide to hunt together, but there is obvious tension. The girl complains a lot too, but since she’s a double minority, there’s little hope she will be going anywhere soon.

Annoying characters and cliche’s aside, the flow actually is fairly good. Effect and gore are top notch, and we’re treated to quite a few bone crunching and gut ripping shots. With the various threats to safety, we end up almost not having a movie that is much about pigs. The hillbillies pose the most obvious concern, but hidden in a hot spring a dozen topless hippy chicks become equally devious before we face the worst of them all finally justifying the movie’s namesake. 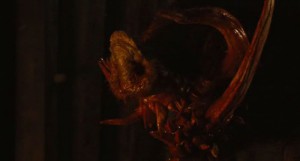 Despite a slow start, the movie picks up quickly and provides the goods, so I wouldn’t hesitate to recommended it. For some reason they threw in some political references in the form of newspaper clippings. I’m not sure where they were going with this as it was quickly abandoned. It was probably for the best as these things would quickly fade into obscurity, and is for the most part pretty lame.