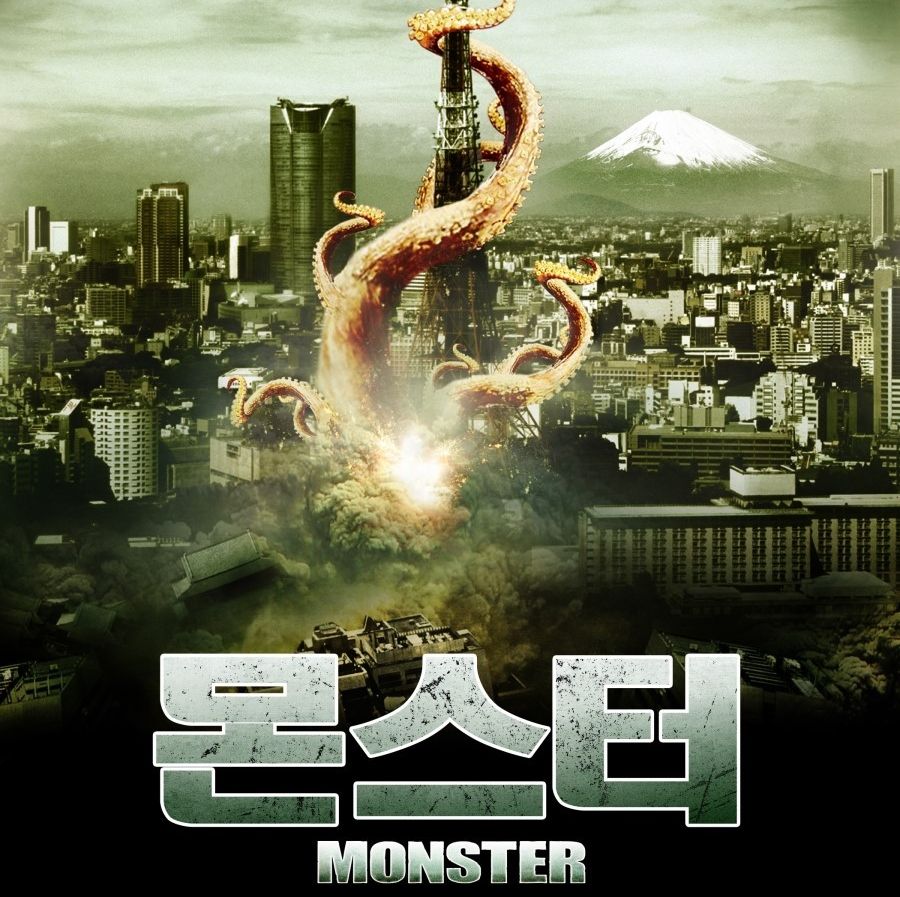 Monster is another attempt by The Asylum to cash in on a much better motion picture; in this case Cloverfield. One would have you believe that The Asylum’s offering is the horrifying, “real” account of two American filmmakers struggling to survive the rampage of an enormous beast. What you actually get is 85 minutes of unlikable characters, cheap visual effects, and absolutely no forward momentum in the plot department.

This film tries so hard to imitate the Cloverfield aesthetic that it actually [break]forgets the fact that the film it’s ripping off also had a plot. Sure, the basics were getting from Point A to Point B while this horrible monster tore ass through Manhattan, but it was also the story of one man going way above and beyond the call to search for his ex-girlfriend. Character development in Cloverfield was both subtle and effective at endearing what, at first, appeared to be a motley crew of loud and obnoxious hipsters. Monster focuses on two girls who are so transparent and trying so hard to come off as edgy and uniquely profound that they are excruciating to watch. 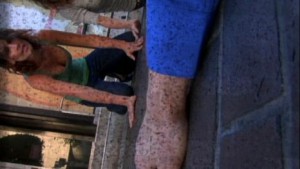 Did I mention this film takes place in Japan? You’d have no problem deducing that within the first five minutes of watching and that’s not because of the obvious set pieces. Both heroines make it perfectly clear that they are stupid tourists who are so incredibly ignorant of other cultures that they spend almost five minutes debating whether or not it’s politically correct to call something that is Asian “Oriental” (by the way, it’s not). Other affronts include one girl not knowing how to reply to one Japanese man’s questioning so she recites “domo arigato” as if she’s singing the Styx song. Yes, everyone has a good laugh because the best way to communicate with someone who doesn’t speak your language is to just spew any old Japanese word you’ve heard. I’m surprised she didn’t just vomit up words like “Toyota! Hibachi! Hiroshima!” These utterly one-dimensional protagonists who basically showed up in Japan with seemingly no knowledge of the culture, just ignorantly barrel through the country like it was made for them.

By the way, see this? 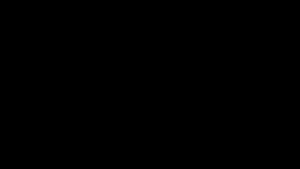 That black screen? Get used to seeing that. In order to maintain the illusion that this entire movie is simply “found footage” from the monster’s attack, the production team decided to simulate visual interference to raise tension. However, from a plethora of various wave patterns they could have chosen from to simulate this, they chose just black screens. This might have worked as a tension-builder if it hadn’t been so overused. Cloverfield did this quite a few times but found a way to blend it seamlessly with the action so it still felt like you were watching one film and not several smaller ones sewn together with blank title cards. Plus, there’s a certain laziness demonstrated in Monster when they use these screens to interrupt the action. Numerous times the protagonists were facing certain death only to have the screen cut to black, then resume with the protagonists dusting themselves off and moving on as if nothing happened. How did they survive? Are we to assume that the footage was missing due to the camera being damaged? That we, as the audience, are being fed some treat for the mind where the solution to their plight is up to our imagination? No. It’s lazy and far too overused in this movie called Monster which, by the way, never actually features a monster. Yeah, yeah, we hear it and we see really crappy CGI of parts of its tentacles, but at no point do we really see it or even believe that it’s there. 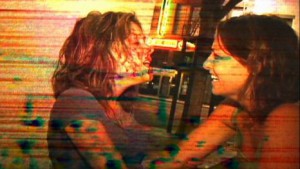 Among its many faults, Monster also suffers from the lack of any plausible sense of logic. Perhaps it sounds stupid for me to point out logic in a movie involving a giant tentacle monster attack, but there are plot elements that don’t make sense, as well. It doesn’t make sense for a pair of American filmmakers to be going to Japan to “investigate the cause global warming” when Japan’s government-mandated emission requirements are some of the best in the world. It also doesn’t make sense that these two people would be chosen to go with absolutely no valuable knowledge of the language or the customs. It’s almost like they really wanted an excuse for a free vacation and made up some bullshit about their environmental documentary. And, let’s just face it, logic aside, this is 80+ minutes of something roaring in the background while two girls scream, unintentionally insult anyone they come in contact with, argue with each other over trivial stuff, and cry. I can’t count on one hand how many times they cry about something they already established or resolved to overcome. This is a bad movie with no redeeming qualities other than the fact that it’s only 85 minutes.