I Am Omega is a “mockbuster” title put out by The Asylum that met its release shortly before I Am Legend, which starred Will Smith. Much like the film it imitates, I Am Omega tells the tale of one man”s struggle for survival after a viral outbreak transforms most of the world”s population into mindless killers. This film also has the rare distinction of being the only Asylum film[break] I”ve reviewed thus far that is even remotely tolerable, and approaching levels of decency. 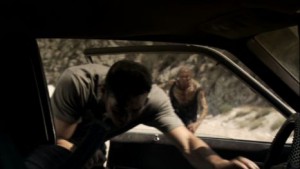 Most of the film chronicle the day-to-day adventures of Renchard who is played by Mark Dacascos. You might remember Mark for his role as the Chairman on The Next Iron Chef or even as Wo Fat if you”ve been keeping up with the Hawaii Five-0 remake. Mark”s acting manages to balance grittiness and melancholy quite well, and as the story progresses you begin to notice how being the seemingly last human survivor has changed him. He frequently talks to himself and holds conversations with corpses that he knows are dead. He even has a mannequin propped up in his shelter that he consults as he goes about his regular rituals as if nothing has changed. There is a psychological depth to this character and the story that you simply aren”t expecting when you watch this movie and that”s a pleasant surprise. 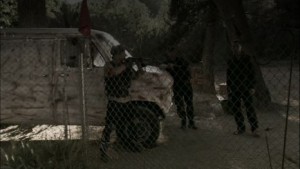 If you have seen I Am Legend, then the plot to this film is quite similar except for a few changes. The most noticeable change is the nature of the infected; they are no longer restricted to attacking at night and they are less vampire and more like feral humans. The protagonist”s goal is also changed from finding infected humans and slaughtering them in their sleep to setting bombs at key points of the infected city. Surprisingly enough, the film does manage to produce at least one likable character and enough twists and turns to keep it interesting overall, but you will no doubt find yourself checking your watch during the latter half. 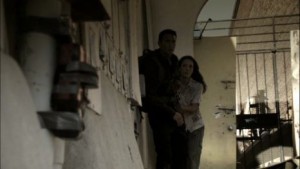 Critics have panned I Am Omega, and who could blame them when it”s really nothing more than another attempt by The Asylum to cash-in on a major motion picture”s name. But really, what you ultimately have is a decent, modern-day B-movie that doesn”t go above and beyond what you would expect. It certainly doesn”t fail to entertain at times and that”s a plus. Some conscious decisions on set pieces and moments of character development are also present, which shows that a tolerable movie actually CAN come out of The Asylum.