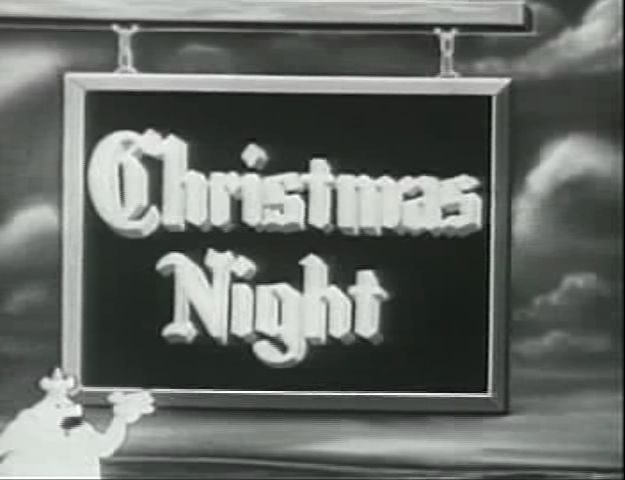 I love vintage cartoons or really any film from the depression era. They capture that time when people were at their poorest but still in good spirits, trying to build up the infrastructure that we all enjoy now. Of course there were a fair amount of rag-tag traveling hobos who couldn’t find work, but didn’t complain and instead wore their rags and tried to survive until the next meal. 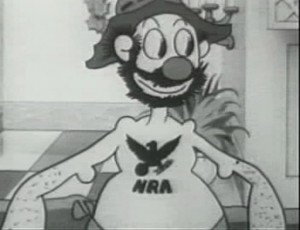 Little King: Christmas Night, is one that combines the poverty present during the 30’s with that of many commoners in a land with a king. This king, however, chooses to live side by side with his people in a more innocent mindset. One day while being carried around, he spots two hobos staring at toys in a window. He stops the carriage and walks the two inside to meet Santa, and ensure that they will have something for Christmas. After, he brings them back to the castle to get cleaned up and to wait for the presents to arrive. Soon enough Santa comes around leaving plenty of gifts, and they three crash around the castle playing with buggies and other large playthings. 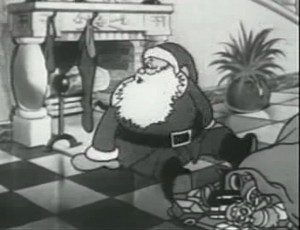 Being a cartoon from over 70 years ago, a few things may be considered not too PC. But this was the era where despite some things seemingly appearing to be more offensive, I feel it was actually more innocent minded. Of interest: a Sambo doll dances in the window, one of the hobo’s undresses and three men take a bath together. None of this seemed to be in mean spirit though, or to advance any cause, it just is presented as matter of fact. 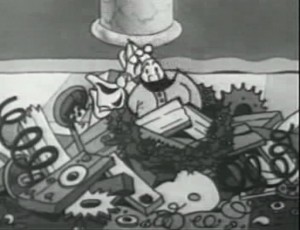 All that aside, it is a heart warming tale. The king is played so childlike and thinks nothing of bringing home some strangers so that they may have the same experience that he is allowed to have during the holiday. He still feels the need to sneak by his wife while she’s sleeping, just as a child might sneak around a parent when bringing home an uninvited pet. He certainly takes great pleasure in having some play time with his new toys and others to enjoy the spoils. This cartoon was banned by the Hays code at one point, but it represents a point in cinema that I don’t think will be recreated.