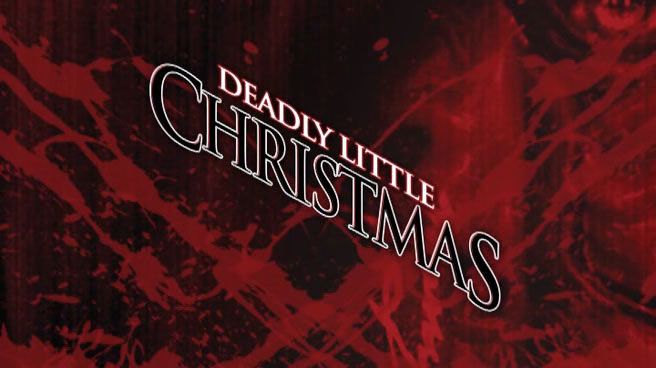 Sourcing Christmas movies that match this site’s focus proves to be slightly more difficult than finding Halloween movies. I suppose dealing with the actual holiday, there may be more, but for October all you need is a few rustling leaves and it works.

I’m sure one of these days, I will grab Silent Night, Deadly Night 2 and write about the epic ‘Garbage Day!’ moments, but until then we start off with a mini-DV production. For a limited budget, shot on video attempt, it’s not half bad. Acting is decent, camera work is pretty good, and they didn’t try to outright offend everyone in order to push the boundaries. 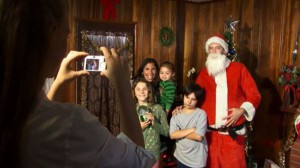 However the plot is a hard thing to truly make original. Aside from a few details, it starts off similar to Halloween, with a boy walking outside of his house with a bloody knife after apparently killing off some of his family. We move 15 years later and he’s in an institution, and his mother is trying to visit and council him. Then he escapes and people start to die.

So up until this point it’s a pretty standard slasher, with elements heavily borrowed from Rob Zombie’s adaptation of Halloween…except it’s during Christmas. They do end up throwing in a twist towards the end, but you can sort of guess it part of the way through. There are a few inconsistencies along the way such as the fact that during the big play, no one notices that half the cast didn’t show up due to being murdered. 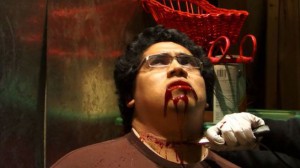 Speaking of the play, it stands front and center in the story as one of the most critical focuses, aside from the insane brother that mom won’t talk about of course. It’s suppose to be a Christmas story, but it has a grown Jesus breaking bread at the last supper with only Mary and Joseph. I’m not sure what this was suppose to mean, but apparently only three people showed up to watch it, so it’s okay.

For a micro-budget, it wasn’t bad and flowed fairly well. The plot seemed to borrow a few elements, but it can be overlooked.