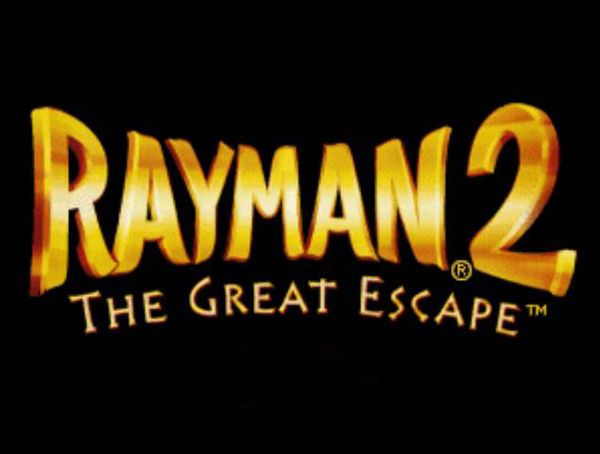 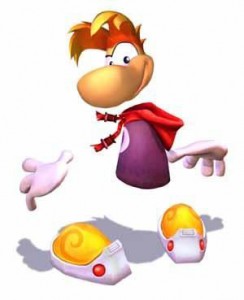 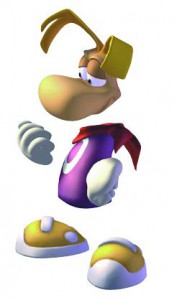 This charming, happy-go-lucky creature was better known for his lack of limbs which allowed him to traverse stages and dispatch foes in witty and unconventional ways.

My earliest recollection of this character occurred when I [break]was 10 years old. I was walking past an “Electronics Boutique” (back when they were still called that) and I saw a TV display showing a demo of the game. I marveled at the lush artwork and laughed with childish enthusiasm as Rayman proceeded to throw his unattached fists clear across the screen smashing a foe on the other side with sniper accuracy. I bought the first Rayman game shortly thereafter with my own allowance and soon learned that the visual beauty of the game was only further accentuated by the music that accompanied it. To sum it all up, the game was magical, I don’t know how else to describe it. As I neared completion of this game, I was excited to hear that a sequel involving robot pirates was already in the works for a 1996 release.

As the years passed, my hope for the sequel began to dwindle until 1999 rolled around and I caught a glimpse of the screen shots for Rayman 2. 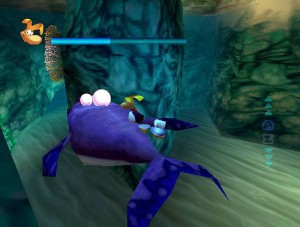 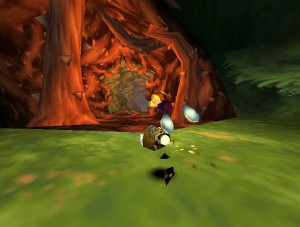 I couldn’t believe my eyes; the developers had forsaken the tried-and-true, crisp, 2-D graphics for a 3-D graphic platformer a la Mario 64. I later received this game for Christmas of that same year; I couldn’t wait to fire it up.

Starting up the game, I began to notice that the intro was different; it had a different feel that is to say. I wasn’t treated to this vibrant and colorful world, no, instead the intro was in first person, gliding mere inches off of a rough and rocky surface, the sky above was cloudy with flashes of lightning. Eventually, a flying pirate ship came into view and every Rayman-lover’s greatest fear was realized: Rayman was beaten. Somewhere in the time between his victory at the end of the first game and the beginning of this one, the Robo Pirates with their flying ships had entered into the picture and even the mighty Rayman was powerless to stop them. However, I didn’t have long to wait before a surprising chain of events occurred that had Rayman escaping captivity and launching a one-man rebel insurrection.

One of the more intriguing qualities of Rayman 2 was in its ability to create an exciting environment that was more fun and less overwhelming. You spent the first half of the game literally on-the-run avoiding pirate ship patrols as they chased you with their spotlights and fired relentless explosive volleys. 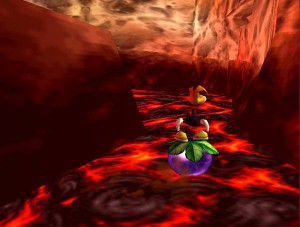 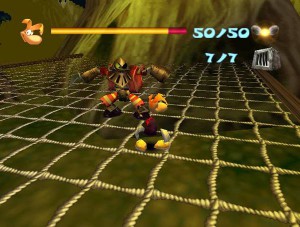 As you built up your strength and made new allies along the way, you began to dive deeper into the history of Rayman’s world. This is where the story of the game really took off, painting an epic tapestry illustrating the classic struggle between the ancient world with its mysticism and the modern world with its steam and technology. Even then, this climactic struggle was a backdrop, dwarfed by charming oddities like a level in which Rayman has to rodeo ride a walking missile through a cave network (without scrapping against the sides) so he can bail and have it blow up a wall on the other side.

The developers didn’t skimp on the music either, although they did change gears, favoring atmospheric tracks that changed drawing on what was happening to the player at any given moment.

Example: Under the canopy of a verdant forest, the sun’s rays poking shafts of light through the leaves. The players is treated to a simple tempo and the constant sound of bird’s singing. Suddenly, a Robo Pirate lunges from a nearby bush and the sound of a thousand bird wings flapping can be heard as the music builds with volume and tempo at this unexpected encounter. After some doing, the aggressor is felled and the music slowly regains its composure and the birds come back.

Rayman 2 had all the elements of a classic platformer of that era with the added polish of a truly immersive setting, which is something Michel Ancel (the creator of Rayman) has always been known for. Name a game he’s been involved with! Tonic Trouble? Peter Jackson’s King Kong? Beyond Good and Evil! All of these games managed to be as enjoyable to experience as they were to play. Tonic Trouble had an endearingly hopeless protagonist trying to clean up his own messes. King Kong made great use of voice talent and presentation to make every creature encounter a truly intense one. Beyond Good and Evil featured a young woman unraveling a government conspiracy, the closer she got the more she lost. In short, Rayman 2, like the aforementioned games by Ancel, managed to pull off being a good game and a good story, with the added bonus of an emotional experience. 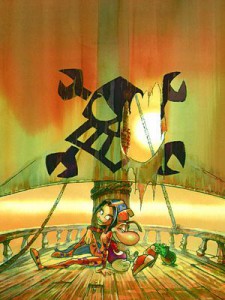 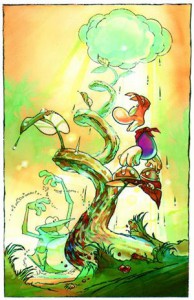 Now I’ve had discussions with friends and family about where the line is between gameplay and storytelling. The general argument boils down to “if you want a story, then read a book,” and I can’t really argue with that logic. The general implication when you play a game is that you are driving at a different kind of entertainment, a more proactive one, if you will. My point, regarding Rayman 2 and other games by Mr. Ancel is that with these sorts of games, if stories are what you like as well as games you truly can have your cake and eat it to. And why shouldn’t you? The best proponent I can see for de-emphasis in a story with a game usually stems from those all too common instances where it’s clear a company has spent more time on a story than the gameplay. What you end up with there is something of a bitter pill, a story interesting enough that you are drawn in just before you realize that the actual game itself and the progression through it is utter crap.

In recent years, quite a few games have come out that have managed to combine a good GAME with good narration: Dead Space, Metal Gear Solid series, and even the Uncharted series. It’s clear that developers understand the added bonus of a good narrative, but at the same time, they aren’t taking any risks and that’s fine, good on them. The truth is that no matter how much romantics like to say “games are art,” they really aren’t. Sure, they can be neat experiences that you remember but ultimately a game is still a game, a tool for entertainment purposes. It’s just nice to know that some companies are going that extra mile, and I like to think that great storytellers like Michel Ancel, Hideo Kojima, and several others are in some way responsible. 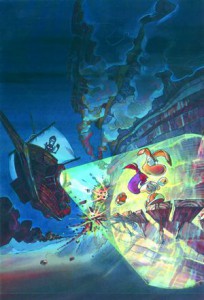