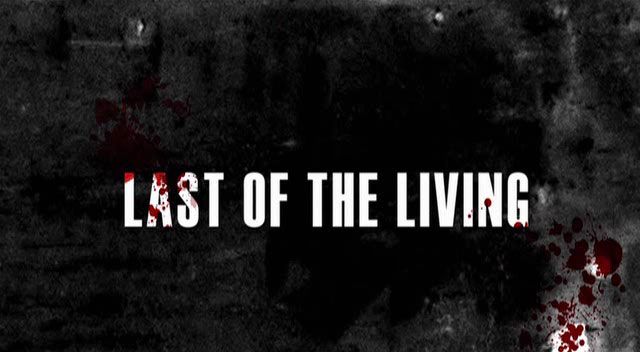 Finally an indie movie that was done spectacularly. A quick browse through the movie showed that it was a lower budget, self-produced effort, but it’s readily apparent that they knew what they were doing. 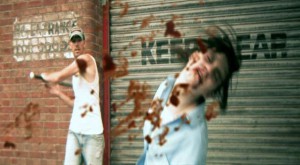 Right from the start the camera angles were spot on, and title overlays were done tastefully. Heck, the rule of thirds seemed to even come into play. The lower budget did come into play as stock footage of riots was used with growling audio dubs to portray the wartorn Earth, and quiet morning roads were used for a humanless society. However all is forgiven when the original budget was $5000. I assuming most went to the camera. They then got funding to finish the movie and were able to add explosions and planes. Kudos. 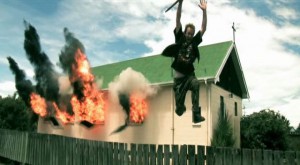 Now a few things didn’t make sense. The world was very pristine, and stores still had abandoned inventory. Unless everyone got infected within a day, mass looting would have decimated pretty much everything. Add to that the fact that electricity, water and even cellphone coverage were still functional. Basically it was my 7 year old fantasy, rather than the what-if scenario depicted on the ever depressing History Channel.

But those are minor slights, and it’s a zombie movie. The threshold for unexplainable things is set so high that you can incur quite a bit, and it will still be acceptable. That aside, the rest was done very well. I like the parkour guy despite not doing a whole lot of it, but the thought is nice. The subplot of finding a cure is a nice diversion from just having three guys being slackers. 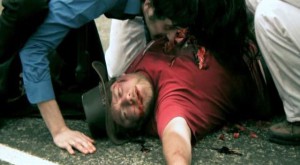 The movie does seem to embody a video game plot, with a lot of meelee action and a plane rescue towards the end. Gore is done well and the minimal CGI doesn’t offend too much. It’s gut chomping fun for the whole family.