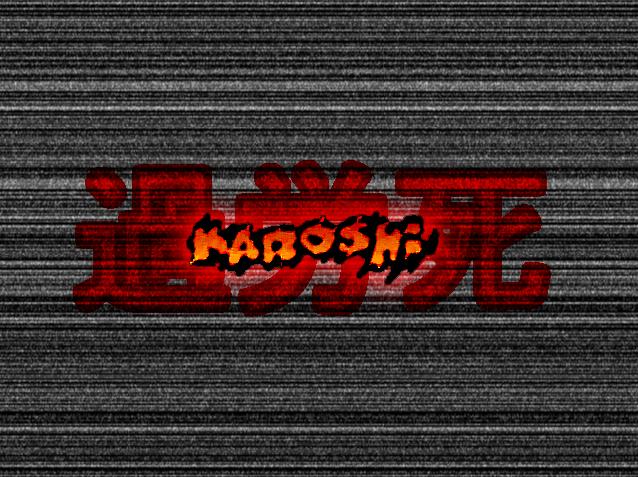 What happens when you take a video game fundamental (survive at all costs) and reward doing the exact opposite? You probably get something that looks mildly similar to Karoshi. Karoshi is a Japanese term which means “death from overwork,” and is used to address the rather high suicide rate in that country.

In this game, you play as a bland and uninteresting salaryman who must kill himself in each level in order to progress. There are no real enemies in this game other than the occasional unforeseen consequence or obstacle preventing you from achieving your goal; forcing you to live. 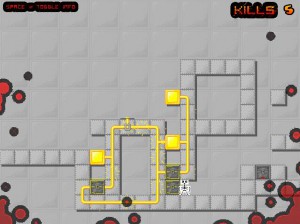 Where the game really shines is the core gameplay: killing yourself. At first it’s as simple as “dive into a pit of spikes,” however as you progress, the solutions get more and more elaborate. At times, you’ll find yourself having to restart a level because you’ve inadvertently botched it all up. Sometimes you’re even required to restart the level wherein lies the solution for suicide.

More often than not, you might slave over a level, over-thinking a plan and being met only with failure until you realize the solution is right in front of you. Karoshi is one of the rare games that really exploits the player’s ability to over-think a situation. Some levels are just plain sadistic. Case in point, one level drops you in a narrow ditch that you can’t jump out of. You could hit restart, but nothing changes. Eventually you realize you have to stay in that pit for a full minute while you watch a clock slowly tick time away. 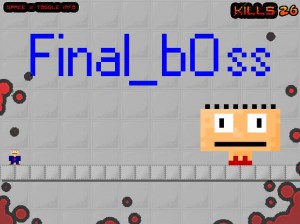 I get a sneaking suspicion that the person who made this game either knows how incredibly mundane office life can be first hand, or has a friend in that field. The surreal nature evoked from being forced to sit in one place for over 8 hours can be maddening at times. Karoshi manages to take a classic stereotype like an insane salaryman and weave an interesting gameplay mechanic from it.

Despite the dark subject matter, Karoshi, at it’s core, is a puzzle game that I would highly recommend to anyone who enjoys thinking.