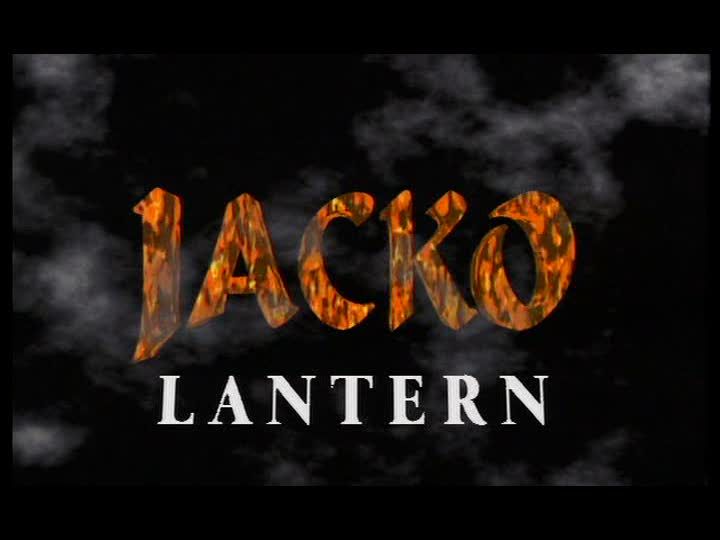 Wow, what a glorious mess. I had seen this reviewed on something awful a while back (10 years), and they tore it apart. But then they also tore apart my beloved Jack Frost 2, so I’m thinking they just aren’t the proper audience to enjoy b-movies.

Jack-O has all of the formulas of a genuine honest terrible movie. Exhibit A: it’s not campy and plays it straight, B: a silly costume for the monster (bonus points for sort of being a scarecrow), C: over AND underacting, D: Linnea Quigley doing the things she does best, etc. etc.

The plot has been done before, and in all honesty it’s the same one from Ernest Scared Stupid or Leprechaun. Some creature is held at bay year ago by some mystical object. In the present, an idiot or teenagers mess with said object and reawaken the creature which starts killing people for 90 minutes until a brave child saves the day. 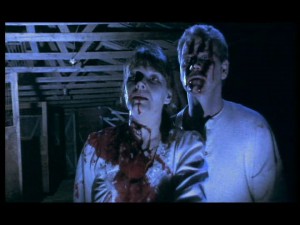 Now the child in this case is hard to define as brave per se. His parents run a yearly haunted garage to raise money for the poor, which is only slightly scarier than the Haunted Agway I went to once (Agway is a gardening shop in case that’s a local reference…it probably is). So Halloween runs in the family and bedtime TV viewing is limited to Midnight Monster Mash starring horror and thriller veterans of the 90’s. Few of which anyone would recognize, but still make you wonder how they got on this movie since their status I figured was somewhat higher.

Moving back to the child, either he’s immune to horror at this point, or is just a terrible actor. I really can’t decide, but few of his actions or lines have any emotion behind them throughout the entire movie. However everyone else dives full force into their thin roles and does a decent job. Aside from the kid, acting is far from the low point in this movie.

Actually there really isn’t a low point in this movie, and I don’t know why I waited 10 years to finally watch it. It certainly wasn’t boring, you can spot errors in production throughout, there are silly effects and deaths, and the faux movies-within-the-movie on the Monster Mash program are joyously campy in a way that 30 second clips are allowed to be, yet probably wouldn’t have worked in the feature film. 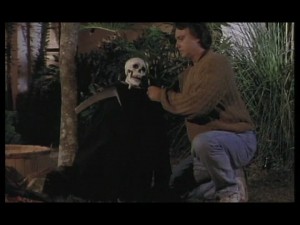 There’s a share of minor characters that are there just to add to the body count. Primarily there’s the right-wing couple who spend all day (really all day, they do nothing else in the movie) listening to this movie’s version of Rush Limbaugh, who is a caricature of how people think he would act but who never bothered to actually find out. The couple also won’t give out candy since that would violate the concept of equal trade, thus considering children social parasites. I’d comment on the over-generalization, but we’ve seen this same setup in Dark Angel and recently with Machete, so I will just say I hate politics.

Then we have the bikers, who seem to be okay and even give the main boy a ride much to the parents’ horror, but later on die since they’re in the wrong place at the wrong time (trampling over the graves in the cemetery). Then there’s a creepy woman who constantly hangs around the family’s house, and makes the wife uneasy. Less because a woman is hanging around the husband all the time, but more due to her obsession with the occult. Turns out this woman is trying to protect their son who is somehow related to the boy years ago who help defeat the original Jack-O. Somehow she helps in the end, but it gets muddled a bit. 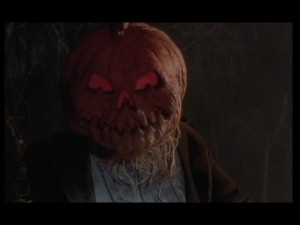 All in all, it’s a fun movie that doesn’t bore and provides quite a few laughs. No sense trashing it, because it’s more entertaining than many movies that were better produced.