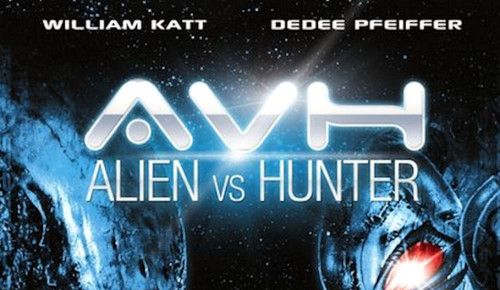 Alien Vs. Hunter is yet another “mockbuster” spewed forth from the semi-competent minds of The Asylum. Much like Alien Vs. Predator, this movie features a monstrous alien running amok while a stoic, armor-clad humanoid alien hunter chases it. A ragtag group of humans are caught up in the middle of it all and neither of the titular forces at work could care less about collateral damage. You might ask how this film differs at all from the major motion picture. Among other things, the obvious difference is overall quality.

For quite a few years now, The Asylum has been getting their jollies by making mediocre, half-assed attempts at B-movies and then giving them titles that sound quite similar to major motion pictures. This strategy has served them well as they have not lost any money in producing these low-budget doppelgangers. For the most part, AVH feels like it’s about 53 minutes too long. There are over a dozen characters thrown into this mess and while some of them seem engaging, absolutely no thought went into the majority of them. That’s fine if you plan on killing most of them, but there’s nothing particularly clever or ironic about the death scenes in this film as opposed to other B-movies or horror films that operate on the same formula.

Aside from what was expected in the way of acting and writing, one major problem is the CGI. In the early days of its inception, computer-generated imagery was meant as a substitute for hokey spaceships on strings and monster puppets; it was meant to provide more realism to a scene. When CGI is done right it can be quite convincing, but AVH (as well as many other Asylum productions) does it terribly. The existence of an alien arachnid is rendered even MORE unbelievable when it appears in the film and it almost feels like you’re watching an old Sinbad the Sailor film, at times. 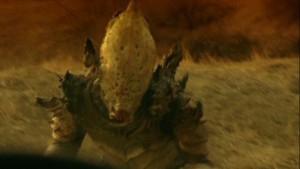 Bad production aside, the only other major offense committed by this film is that it’s rather unremarkable. “Boring” would be another word. Oh sure, some people get picked off and there’s some elaborate chase through a scary interior but nothing really ties these scenes together or makes this thing ever feel like a cohesive narrative. It feels awkward and quickly thrown together, and while one or two major characters stand out and move the film along, it never quite feels like a finished production. 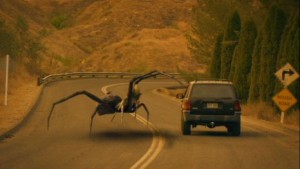 I do realize that it has become a kind of guilty pleasure or hobby to purposely watch bad movies to ferret out some kind of ironically humorous reaction, but sometimes you have to be discerning when it comes to these movies. B-movies are B-movies, but a bad movie is still a bad movie, and when you have a movie that hardly tries then you don’t have a movie that’s so bad that it’s good, it’s just a bad movie. There have been plenty of movies that tried to be bad in terms of quality and direction and they turned out hilarious, but developing this concept took work and planning; any kind of comedy requires a braincell or two. AVH is clearly the product of the minimal requirement for effort and is nothing more than a blatant attempt to confuse consumers with its similar title in order to cash-in on a much better motion picture.