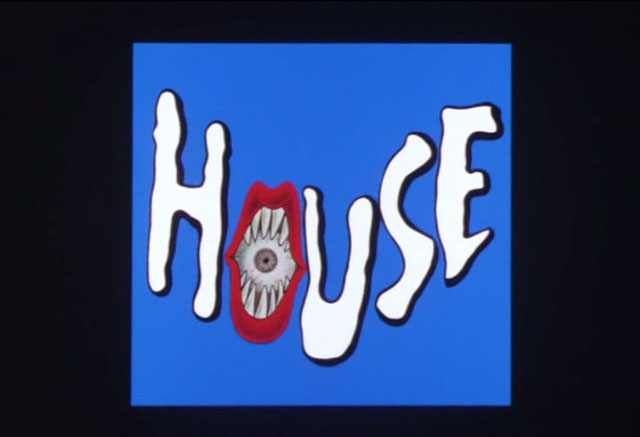 Well this was a pleasant oddity. I had seen just a clip on the Lost and Found archives, then tracked down the movie. Thankfully the movie contained about the same level of weirdness and camera tomfoolery. At least the second half anyway.

Many effects were used to create this movie, and being 1977, it was probably all of them at the time. Between vivid matte paintings, blue screens, and odd kaleidoscope vision lenses, the story unravels in a very unique way. 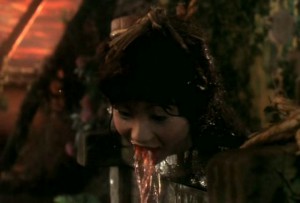 Now I don’t know much about how Japanese is translated, but many of the characters are referred as Mrs. Teacher or traits describing their abilities. The only name that was explained was ‘Mac’ for the fat girl, since they stated it came from the English ‘stomache’. Mind you the ‘fat’ girl was 110lbs and not 100lbs like the rest.

Spring break, or school break, or whatever break was originally going to happen, got canceled due to a male teacher’s sister having a baby. I’m not sure why six young schoolgirls would be spending a week as a male teacher’s cabin, but like everything else, what do I know. Instead they go to the aunt’s house of one of the girls. This aunt raised the girl after her parents died, but hasn’t seen her in years. 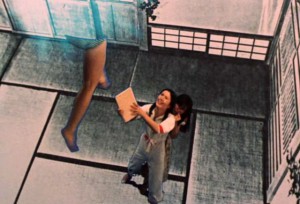 Soon after strange things begin to happen, and one by one, the girls are subject to the house’s strange killing behavior. Mac, the first to go, falls down a well, but her disembodied head comes back to terrorize and vomit on Fanta, another of the girls. Fanta seems to be the unwilling victim through most of the acts, but nothing directly happens. Another is eaten by a piano and the severed limbs float around, while the head makes comments about the thrashing legs being inappropriate. Actually much about the movie is inappropriate. After yet another girl falls prey to the house, they find her clothes and comment that she really is stinky, while sniffing underwear. I don’t get that trend, I really don’t. 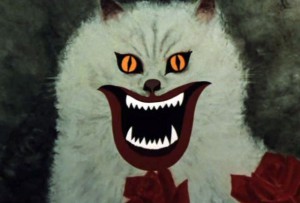 As the house’s antics ramp up, things get even more bizzare and then it just sort of ends. I don’t think there was a huge conclusion, but given the few survivors, I don’t think one was really needed. It was really the journey that stood out. I think I could watch the scene of the cat spraying blood and screaming while the lampshade eats a girl, over and over. For those who’ve seen everything, there’s few better goldmines to stumble upon.