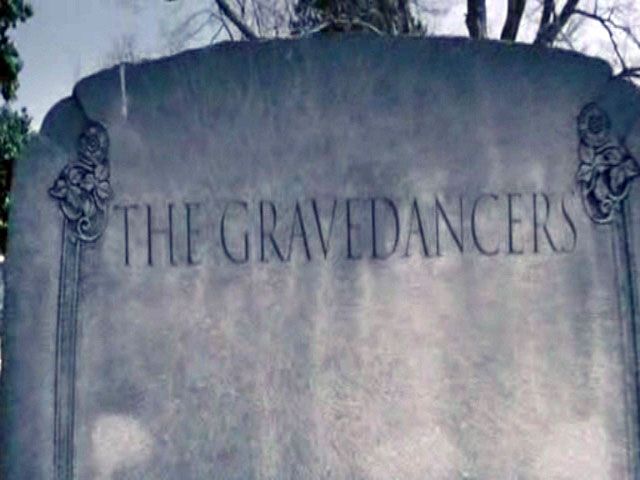 It took a while for the After Dark Horrorfest, aka. 8 Films to Die For, to ramp up. The first season was split into ridiculously bad movies, and some way too serious yet slightly boring ones. This sort of bridges the two between the Hamiltons and one where the pigs eat an infant and a bridge time travels or something. 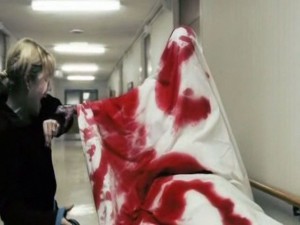 Kudos to the Gravedancers for at least a coherent plot. There aren’t really any ‘twists’ as such, and while some may argue that would make the plot somewhat simplistic, in this case it’s a welcome feature since I couldn’t really expend the brainpower to grasp complexities of a ghost story that doesn’t involve emotionally attached ghosts. They’re more of the just ‘angry for the sake of it’ ghosts. As it’s revealed, they were pretty sucky people in real life, so it’s not a huge surprise that their ghosts ended up being the same. It doesn’t however explain how they get supernatural powers. I mean I guess ghosts are supernatural to some degree, but they had some mummy style antics going on. The action movie: The Mummy, not just slow stumbling attributes.

The story starts, as many do, with a random character we don’t care about being attacked by something and then killed. As always they end up being friends with a group of people, and in a selfish turn of events, their death kicks off the demise or at least bothersome series of events for the others involved. 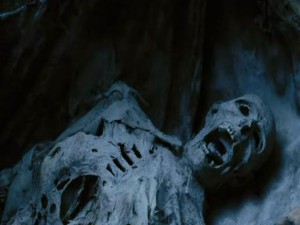 After the funeral, the friend think it’s best if they just get intoxicated out in the cemetery and have a good ol’ time dancing around the graves. Or rather on the graves. As we find out, this is an insult to the highest degree. An act worthy of a fatal punishment.

Soon after they return home, strange things begin to happen like being attacked by unknown forces. Luckily they bring in ghost hunters (not TAPS), who set up all sorts of fancy equipment and ancient texts in order to get to the bottom of things. They soon do some research and find out that the section of graves danced upon was the area designated for violent criminals. They revisit the scene find out who these characters are and proceed to discover the crimes they committed. 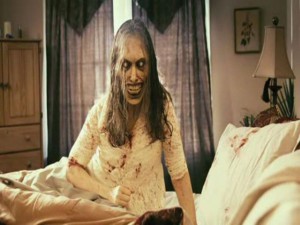 It doesn’t take long before they manifest and start really becoming violent. Through CGI and creepy immobile masks, we witness some mistaken identities and smoke monsters. The only cure is to relocate them to blessed ground. But can they do it in time! Watch and find out. Or don’t.

So not a bad movie, but I kept getting the impression that nothing really bad could happen. Almost as if the type of movie prohibits lasting detrimental effects. Similar to watching Poltergeist and then seeing that it was directed by Spielberg. You knew nothing too violent and/or permanent was going to happen, so there wasn’t a whole lot of reason to continue, but you do anyway.