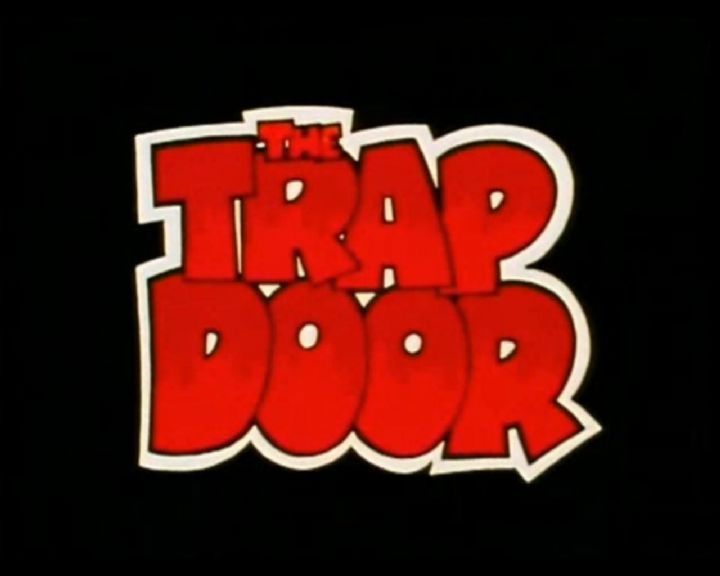 I love Claymation films. There’s something supernatural about the way things move in these programs, and each character is usually rendered with a soft and organic feel endearing them to us. I discovered The Trap Door completely by accident one day when I was searching for Danger Mouse. When I was growing up, Nickelodeon was just becoming its own network and, as a result, bought and broadcast lots of shows from other countries: Maya the Bee, The Tomorrow People, Danger Mouse, Count Duckula, etc. While I wasn’t struck with the same sense of nostalgia upon my recent find, I was nonetheless intrigued by the premise and horror theme of what pretty much equated to children’s programming. 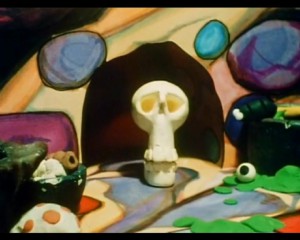 In a nutshell, The Trap Door follows the everyday happenings of Berk, a blue clay man who works[break] as the steward, custodian, cook, and servant to ‘the thing upstairs.’ We never see this ‘thing upstairs’ but we are given frequent hints as to his appearance through vocal clues spread out throughout the series. The main antagonist of the story is a simple trapdoor in the floor. Beneath this trapdoor dwell countless monstrous brutes, some friendly but most are not. Since Berk, for whatever reason, refuses to buy a lock to this trapdoor he’s forbidden from opening, each episode usually involves some creature coming up and causing trouble.

For the most part, the action is lighthearted and you never feel like Berk is in any real danger. Despite the horror setting and frequent monster incursions, the mood of the show is very slapstick oriented with vaudevillian and comedic exchanges between Berk and his two companions: Boni (a well-spoken, undead skull) and Drutt (a blobby spider-thing that communicates by making vaguely flatulent noises). Though the episodes tend to flow in a certain order, there is rarely any direct continuity between them with the exception of recurring monsters. 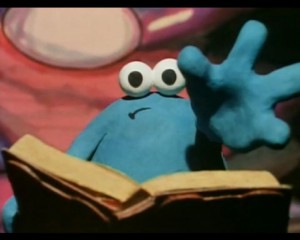 Episodes generally run from 3-5 minutes as this was clearly a show meant to be wedged between other longer shows. There really aren’t any morals or lessons learned, just entertaining little jaunts into imagination. Berk is a charming simpleton who carries the show with his constant optimism and “straight man” attitude in the face of idiotic and, usually, avoidable dangers. Though intended for kids, there’s plenty for all ages to enjoy with episodes ranging from ludicrous to downright morbid. If you have any kind of appreciation for stop motion or you like British humor and timing, then you’re not going to want to pass this up.