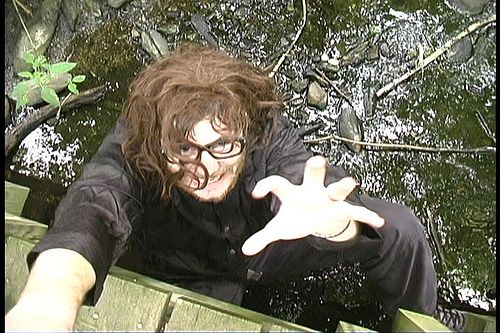 If you ask anyone about the DCJ Zombie Chronicles, you’ll probably only hear about Zombie Jamboree and the more recent Zombie Zinger. So what happened to the second film Zombi Fourest? The story of this forgotten classic is both long and tragic, but in a nutshell, Zombi Fourest was the unwitting victim of fallout from a Hollywood claims battle. In 2004, the Brothers Thombs drafted the script for the now defunct Cannibal Crops film studio. Their film, an epic that would put Tolkien’s Lord of the Rings trilogy to shame, followed a lesser known character from Zombie Jamboree and his quest to destroy an object of evil while battling his own temptations. Initial filming began in March of ’04, but after the notorious year-long sandstorms that ravaged America, Dann and his crew decided on a new location. For almost a decade, Dann and his team spent the better part of their years illegally filming the busy city streets and office districts of Italy. When they returned, their film saw only a limited release before it was quickly taken off the market by the Italian Director’s Institute Of Television. Nonetheless, Zombi Fourest acquired a cult following and can now be viewed as it was intended thanks to the Criterion Collection. 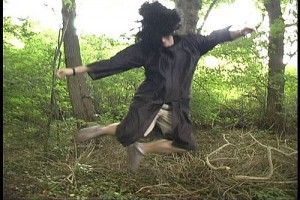 To understand the story of Zombi Fourest requires one to understand the mind behind it. At the time, Dann was battling a Kool-Aid Powder addiction. In an interview he once stated that whenever he sneezed, he couldn’t tell if it was blood or cherry powder. At any rate, this struggle served as a powerful tool in fleshing out Pat the Vampire, the protagonist, and his own addiction. In the story, Pat comes into possession of a nefarious pair of Oakley sunglasses; sunglasses which enhance his powers of perception. Meanwhile, the Cottontail Fourest is beset with another zombie outbreak where three zombies now rampage unchecked. Should these zombies come into possession of these Oakley sunglasses, their power will be immeasurable. The irony is that Pat must travel into the Cottontail Fourest in order to destroy these sunglasses…the very place the zombies can’t leave. There’s a lot going on with this film, but I won’t be giving any spoilers here. 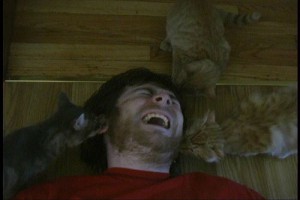 As with any DCJ production, the real focus is on the character development. When you watch a DCJ film, you aren’t watching a story with characters, you’re watching a story about characters. Dann and Chris return reprising their roles as Duct Dann and Soldier Chris in addition to several other roles. Numerous times, I had to be reminded by the creators just when Dann and Chris were playing their secondary roles, they were just that good. I had a similar problem differentiating between real and fake apes in Congo, but that’s a whole other review. 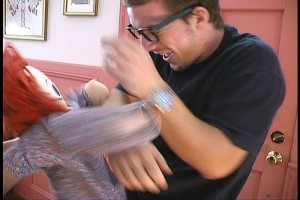 The presentation and production values of Zombi Fourest are also leagues ahead of what we came to know and love in Jamboree. The zombies have even more of a rubbery mask feel to them, echoing Dann’s sentiment about the superficial “zombie” nature of the general public and the acting is stiff and awkward in some instances, a clear reference to the theater classic “Waiting for Godot.” Each scene is preceded by a travel montage showing an ancient map of the Cottontail Fourest while the journey is narrated by a singer (David Bowie, uncredited).

I spoke with Dann just the other day about reviewing this film. Five years since its initial release and the Kool-Aid struggle, he tells me that so far he’s been clean for a week. Indeed, the struggle and the plight of a Hollywood director is something not for the faint of heart, but I feel it is this very same struggle that permeates into their craft to produce some of the greatest classics of our time. These films sport both emotion and energy in ample supply. The protagonist’s own struggle with addiction reflects the soul of the creator and easily takes center stage over the main story. Not since Malibu’s Most Wanted has a movie struck such an emotional chord and I am happy to know that as long as Dann draws breath, he will continue producing, filming, and starring in many more classics to come. 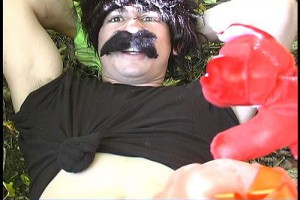 As a special treat for those that are unfamiliar with this zombieepic, Dann has agreed to allow me to embed the film in this very review. Prepare to experience a movie for the first time. As they say, you haven’t truly seen a film until you’ve seen a DCJ film. Keep an eye out for Rivers Cuomo’s (credited as “John Heins”) Oscar-winning performance.