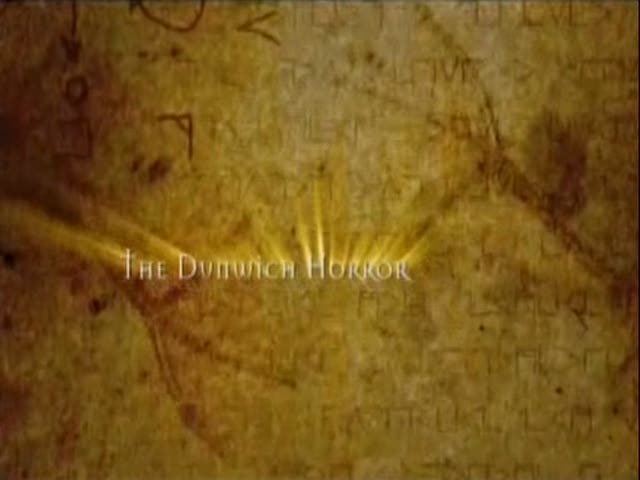 The Dunwich Horror was easily one of H.P. Lovecraft’s best works during the time of his more prosperous years. Mixing themes such as the ignorance of man when faced with superior beings and the ancient mysticism and legends or rural New England, Lovecraft wove a tapestry of intrigue and terror. The Dunwich Horror also bears the rare distinction as being one of the few Lovecraft stories in which humanity, with their knowledge of the ultimate reality, are able to pose a significant threat to the powers that be. So how does the film adaption measure up? Short answer: it doesn’t. Borrowing the story’s title, a couple characters from the mythos, and the vague outline of the premise, the film adaption falls in many ways short of its source. 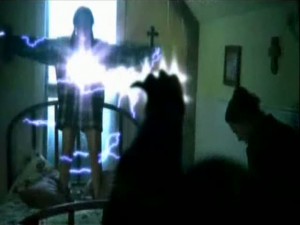 First off, I’m not going to spend too much time comparing this film to the actual short story. I will be judging The Dunwich Horror on its merits alone as a movie, so let’s start with presentation. This film earns a solid “A” for effort in their attempt to bring that “cerebral vibe” from the books to the big screen. Unfortunately, the presentation of this insanity comes in the form of distorted sounds, frequent fade-ins and fade-outs to the same scene, and “hiccups” in the video that appear to errors with the film. While unsettling, these don’t really draw the viewer into the nightmare and serve more as a hindrance. If these events were to occur less frequently during conversations and more during direct contact with the “horror” than that would make more sense and be a much more effective tool. Because of the frivolous use of these insanity indicators, they become routine rather quick. Acting is another problem. While The Unnamable II was incredibly laid-back when it came to the impending horror, The Dunwich Horror’s protagonists are so two-dimensional that you’re not even sure if these people WANT to succeed. If this were just another horror jaunt, then this would be fine, but The Dunwich Horror really wants to come off as deserving of its pedigree based on title alone and fails at being taken seriously in any manner. 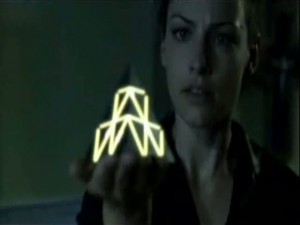 The only redeeming quality of this film is the use of both Jeffrey Combs and Dean Stockwell. Combs plays a man who is only ten years old afflicted by rapid aging and Stockwell is an investigator versed in the knowledge of arcane arts. Other characters take center stage along with these brilliant men, but their motivations and agendas seem to be afterthoughts. One character, in particular, is a girl who was demon possessed for a brief stint. There isn’t much explaining her and she disappears for most of the film before reappearing as some kind of golden child with the edge everyone needs. This is what we call a “cavalry ending” and while some people think those are clever twists, there’s no denying the fact that “cavalry endings” are cheap, unprecedented, and illogical. 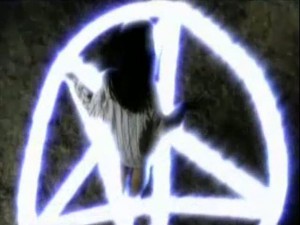 I honestly wasn’t expecting too much from this film. Leigh Scott directed it, and if you don’t know, he’s closely tied with The Asylum. Asylum’s modus operandi is cheap entertainment that piggybacks on the success of major blockbuster hits. As a movie, The Dunwich Horror is both boring and unimaginative. As an “adaption” to the short story, there’s really no comparison.