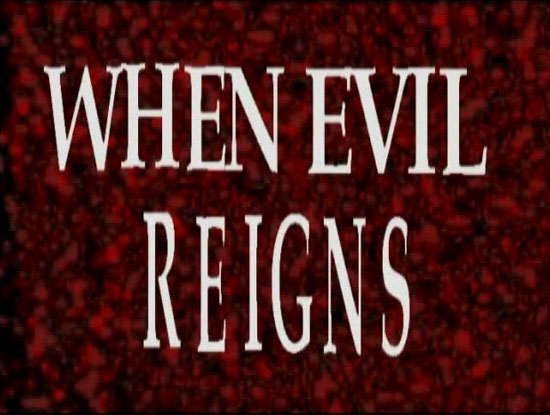 It’s hard to rate these no budget movies. I know you can’t hold them to the same level as most others due to the lack of funds. We’re always saying that money doesn’t make a good movies, so a lack of financial backing forces most to like the movie even if they didn’t like it. However this movie did indeed cost 5000AUD to make, so it’s no longer exempt from the fact that it did tend to be dull in parts. 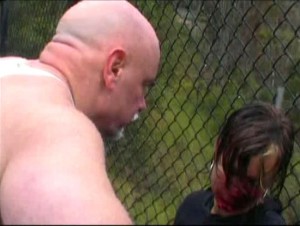 Despite the fact that I’m not sure what ended up costing $5000 (which I know is pennies compared to most budgets, but most of the movie I imagine could have been pulled off for free), this movie took several passes to figure out what was going on. As far as I can tell, the rain causes people to become zombies. As far as zombies go, this is a stretch, but they seem to bite and not act like their former selves. I suppose I’ve seen worse passed off as zombies. In any case, the rain makes people start punching others and performing acts of violence, like hitting someone with their cars and proceeding to finish the job with a rock hammer.

Nothing terribly gory happens, but that’s more of a factor of the budget. Fight scenes don’t really exist either. There are some there, but the lack of sound effects makes them easy to miss. Often you’ll think two people are opening a window or something, and then one ends up dead. At some point an evil hooded villain shows up to start slashing people to death. Not quite sure how this factors in, but it’s nothing that a nail gun can’t fix….by killing the hordes. 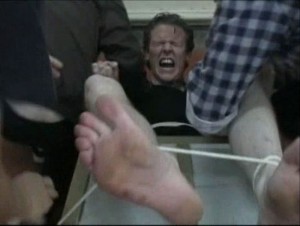 Overall not too much else happens. More people die along the way, others are rescued, some are rescued then killed. It was a good effort for a small team relying on amateur actors, and limited resources. The shot on miniDV doesn’t bother me too much, but at times, I wished a bit more would happen, just as to keep my attention.