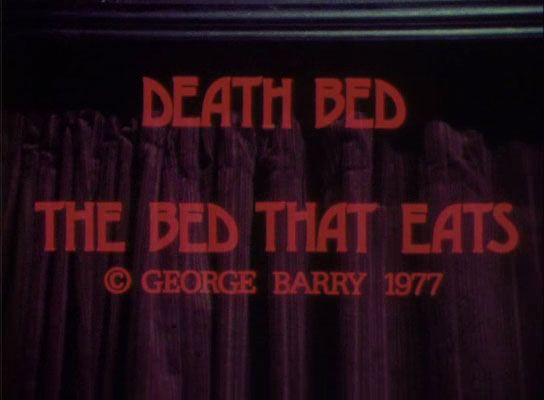 Death Bed is a mess of a movie. The concept is certainly bizarre, but that’s far from the oddest thing about this movie. Granted a foaming, chicken loving bed that gets indigestion is hard to top, but the presentation is so haphazardly thrown together, it’s hard to make sense even of the senseless. 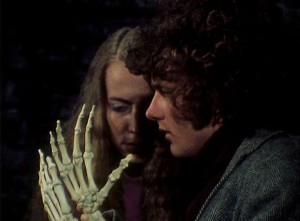 The main fault is the inability to really follow the story. Flashbacks, and accounts of previous victims to the bed, are thrown around without much linear concern. While this wouldn’t normally be a bad thing, it’s placed within the main storyline about three girls house-sitting for the mansion. I’m not sure why they’re house-sitting, especially since this bed is notorious enough to have multiple news articles about it. Even the mayor wasn’t safe from its appetite.

To make matters worse, the dialogue isn’t lined up with the actors. In fact, it’s more of a dreamy internal monologue that somehow everyone can understand. At times, it feels like another movie’s audio track is playing. Technical issues aside, the character development is..um..unique. Most of the movie is narrated by an old victim. For some reason, he’s trapped inside of a painting, and just sits there forever recounting past victims. The bed jumps around a lot. Often it’s in the bedroom, but sometimes out on the lawn, or in a field. There’s little continuity. 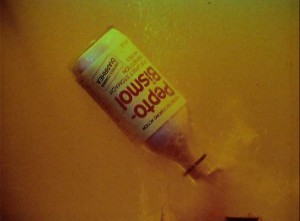 The main premise is that a demon lost his love, and then possessed the bed. Curiously enough, that girl never seems to rot in her coffin. Must be a new cream or something. That aside, many others fall prey to the bed. It also seems to like their food, and treats it like an appetizer. There seems to be a few attempts at humor though. During one eating case, it swallows some Pepto in an attempt to cure whatever didn’t sit well. Other times, it spits out apple cores, or just generally gets foamy.

Despite the bizarre nature, so little happened, it’s hard to sit through the entire full length running length without losing some sense of attention.