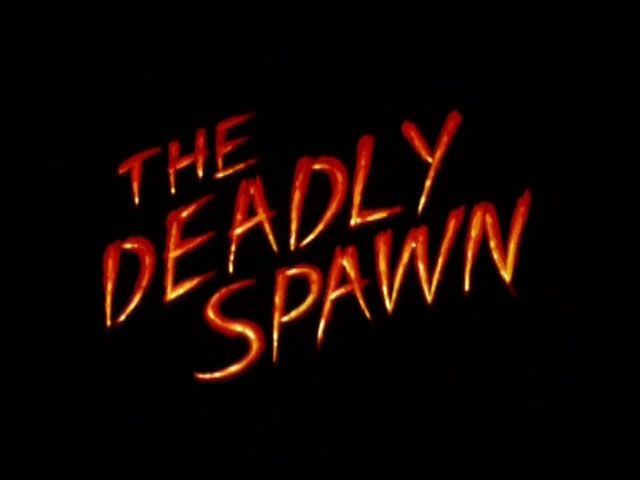 There have been plenty of early low-budget monster movies, and many are hit or miss. Usually the budget plays a role in that, but fortunately for the Deadly Spawn, that was not the case. Whoever was in charge of the puppeteering did a fine job at creating a hideous alien being. 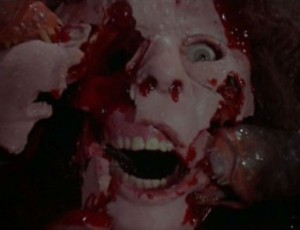 The aliens consist of large mouths, and not a whole lot more. The mouths are packed with teeth to the point of overflowing. While they come in various sizes, from the ‘mother’ to the offspring, each is still comically oversized. Much like the Blob, from which most monster movies borrow plot, an object crashes to Earth and a hungry alien is deposited.

The cast revolves around a kid, and several college students. Unlike their millennial counterparts, they aren’t self-involved and actually study. There’s a dumb jock guy, but he’s sincere about the situation enough to not hate. Luckily they are bio majors, so this new alien life is both a curiosity and opportunity. While fighting for their lives, they also attempt to perform dissections and learn more about them.

The kid tries to befriend a few, but that doesn’t really pan out, although he still finds a few things out. Despite the scientific research, he gathers that they are blind, so that’s a help. Armed with some Cherry Bomb, he and the students take up arms against the invasion and manage to only kill off a few of their friends in the process. 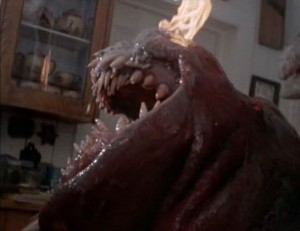 A sequel was planned, and one was made by the same name eventually, but it wasn’t a true sequel in the end. That movie was terrible, but this one is a pretty good 80’s monster flick, that I would recommend.