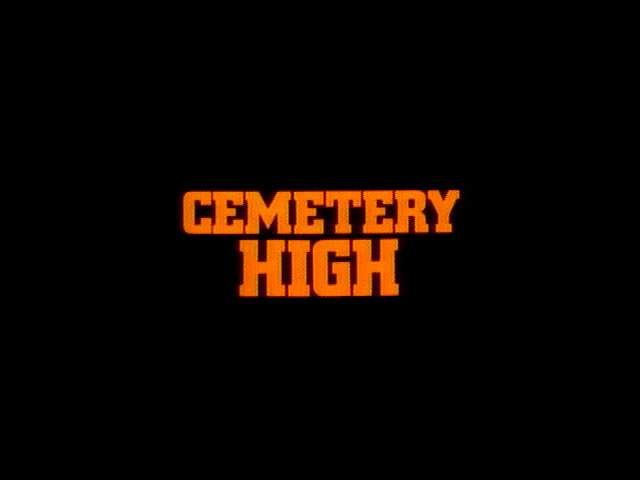 Digging into this movie’s history a bit shows that it wasn’t supposed to be this ridiculous. Starting out as a dark comedy, Charles Band apparently thought it was too good for the Full Moon label, so revisions were made to slaughter any semblance of sanity.

The story still apparently follows the same plot, but decides to break the forth wall every few minutes and verbally announce key points. Case in point, the narrator is killed early on for the crime of being male, and as his microphone rolls, the crew of murderous girls detail the backstory for the benefit of the coroner who happens to be listening. 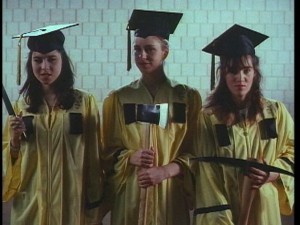 Now speaking of the coroner, he’s probably the one likable character in this movie. He knows the role/movie is a bomb, so he plays it up in every scene, even humoring us by dressing as a women in a cameo during the fake commercial for a bulletproof jock strap.

The core group of vigilantes are probably the most annoying, since despite some noble intentions at first, they quickly become the she-women man hater group. This gets a bit old, but enough goes on to pass the time. 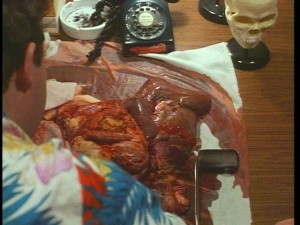 So onward to the story, it starts out in an ordinary high-school. A group of jocks terrorize a clique, and they decide that they aren’t going to take it anymore. So starting with the men in question, they gather some firearms and take them out. Soon they decide that’s not enough and start trolling bars to find other undesirables to kill. Word spreads and other women get in on the action, so the core group doesn’t even have to do anything after a while.

This of course doesn’t sit well with the men, who despite doing their fair share now, are fearful for their lives. The mayor or sheriff, I forget, has enough after a point and forms a posse to take care of the girls once and for all. 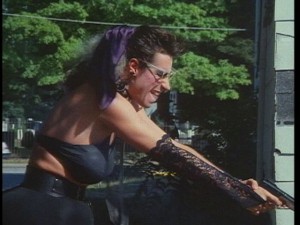 Really not much else happens. We have mostly scenes of men meeting their end due to their manly ways. Sometimes just for the fun of it. Adding to the self-aware nature of the movie, there’s also a gong that is rung whenever a scene of gore is about to play. The gore however isn’t really all that gory, but since this is a comedy, is doesn’t matter all that much.

It’s hard to say if I actually enjoyed this. There were certain parts that were entertaining, mainly with the coroner, but otherwise it did end up being somewhat dull. I don’t so much care about all the times they broke the forth wall and talked to the camera or did something just because the script dictated it, but aside from a bunch of death scenes, not much else held my attention. 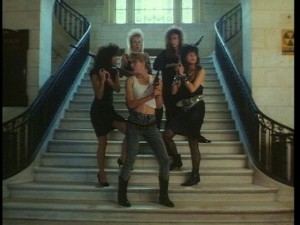 If you’re in the mood for a silly movie, then this may do, but only for a single watch, as I don’t see much re-playability.