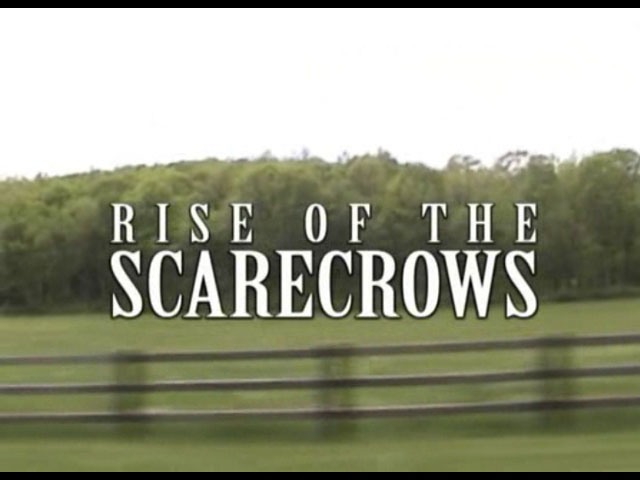 You know the commercials with the people who only have a dollar and whine endlessly about how they can’t afford anything. Then someone comes along and say ‘ha ha, you can buy a sandwich or a gumdrop’, or something like that. Well if I came along, I’d say ‘you can produce this movie’, and still have enough left over for said gumdrop.

Now I do mean that in the most loving way I can. After watching this, Terror of Blood Fart Lake, and 667: Neighbor of the Beast, I have to say that Scarecrows… was the only one to be enjoyable, despite all having the same production values. ‘Lake’ will be reviewed; ‘667’ wasn’t worth the wear and tear of writing 1’s and 0’s to my jumpdrive in order to watch it later. 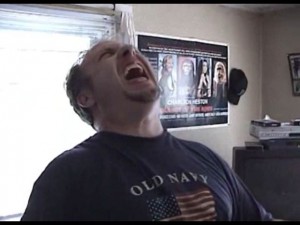 So what made this one passable. I think it’s mainly because they went headon trying to make a decent movie and thus unintentionally ended up with…. whatever this was. The other two I suppose tried to do that, but fell into the trap of trying to make a bad movie. Like ‘wink, wink, I have a fake moustache an a trucker hat’. Just doesn’t work.

Not that the characters here don’t go over the top, but they could at least fit their roles. No 20 year olds trying to be big rig drivers, and fat girls trying to be Bo Derek. Acting in any case is terrible, save for the out of town deputy. If anyone gave a decent performance, it had to be him. Worst acting award goes to the wife beater, but still made me laugh, so all is well.

The plot has something to do with revenge against the sheriff after he killed off some union workers. Presumedly because only one guy worked at a time, while the rest drank coffee, but that’s only a guess. For some reason they rose from the dead, and for some other reason instead of zombies, they became scarecrows. There’s also the unanswered question as to why they want revenge, but rather than killing the sheriff, they are kept at bay by his offerings of tourists and other passerby’s. 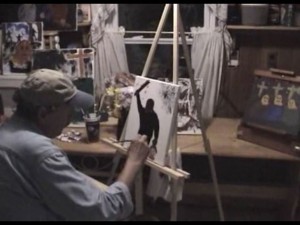 But making sense isn’t the game here. Other than that plot point, the main character just got divorced for some reason, so he goes on a road trip with his buddies, but breaks down somewhere in Massachussets. This leads to the line ‘This is Massachusetts, there will be babes everywhere’, and further leads me to believe they are talking about a different Massachusetts.

So between the sherriff, the deputy looking for a simpler life, and the tourists, the plot goes on as they have to fight the scarecrows and figure out what’s going on. But I won’t bother with the plot much more, since there is a lot more to talk about regarding production values. For one, any scene taking place outside a house seems to be in the same physical location, with the same neighborhood houses in view. I think this was repeated about three times. 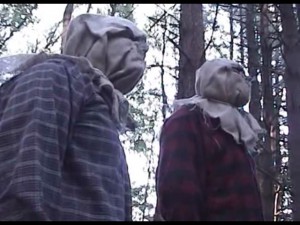 The fight scenes take the cake. Starting with a beating by cellphone, and continuing to physical fist fights, no blow comes within a foot of contact. Now I use this technique a bit, but usually opt for a telephoto lens in order to compress depth a bit, and angle it so you don’t see things not connecting. But most of the fights here are from a side angle and lack sound effects, so they come of as hilarious.

That said, I can’t really fault this movie for much since it didn’t have much to work with, and didn’t try to be more than that, nor tried to be a ‘bad movie’, so that alone entertained me.