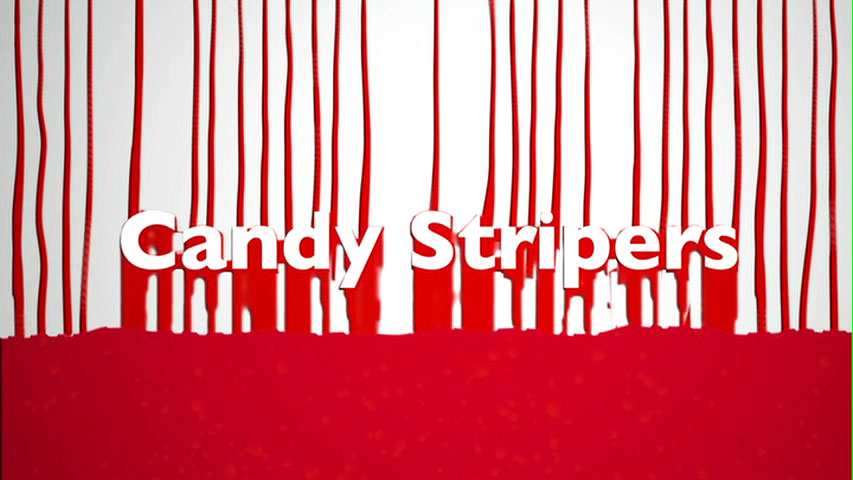 There’s a reason movies sometimes have a $5 price tag, and as is often the case, they are still overcharging. At some point, I need to resist the urge of a good deal when in fact buying nothing really is the better option. This movie in particular, short of being free, just isn’t worth it. There’s nothing of content, either good or bad. A really terrible movie would sometimes be worth it, but here we have just a whole lot of ‘meh’.

You can see what they were trying to do. Hiring playmates for the nurse roles, creating a misleading cover, centering the parasitic transfer around kissing (and with a mostly female cast, you can guess why). A bunch of (ineffective I’d say) eye candy, a theme that’s been played out before, and a hum-drum plot are used to replace any semblance of entertainment. 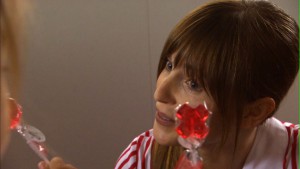 There really isn’t much else that goes on during the hour+ this movie takes up, but I’ll try to outline it. It starts with a car crash and a trip to the hospital. As the girl is on her deathbed, she asks the nurse for a kiss before she dies. In a common theme, none of the nurses have any objection to random kissing, but this backfires since they get a worm sucked into their mouth and then become a host. Slowly but surely the remainder of the nursed get infected with the worm, which causes them to either find more hosts, or kill those who get in the way. 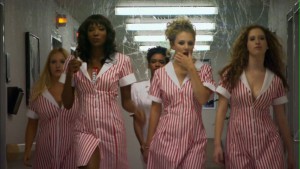 There’s a sub-plot with either some teens, or college aged people. In reality they’re all way too old for either group, so it matters little. In any case, the nerdy girl likes the jock, but he’s dating a preppy cheerleader, jealousy, angst, fighting, crying, hate, kill, etc… Then that’s put aside since everyone pretty much ends up dead, and the nerdy girl suddenly becomes a femme fatal, and everyone lives happily ever after. Except those who died…and us.
Next Post
Previous Post
Next Post
Previous Post