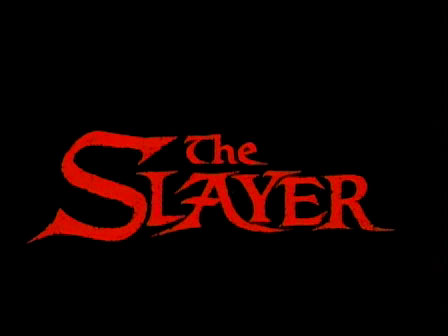 There’s a reason I haven’t taken a vacation in the past 9 years. Horror movies have taught me that this is a very bad idea. There’s always someone out there to just ruin your good time. Sure work gives you at least two weeks off, but those end up being used for doctors appointments and renewing your drivers license and stuff anyway. 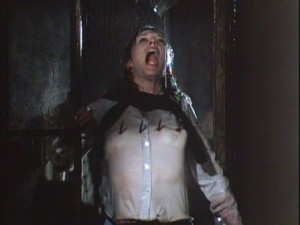 And despite popular belief, you can’t just follow the ‘rules’ and get out scott free. Sure the morally challenged among the group end up going first, as they should, but really no one is safe. There have been many occasions where the good go with the bad. In this movie, we have two couples, and each is fairly normal. Save for the one woman who has bad dreams every night and can’t seem to function socially at all. However, she’s still not a bad person per se. Being an early 80’s movie, the slasher genre hadn’t really solidified yet. At least not into blanent cliché’s that had to be followed time and time again. So while the movie has slasher-esque properties, it’s more of a mystery/nightmare flick than anything else.

So while everyone else is hoping to get away from it all by fishing, reading, or drinking to oblivion, our lead female is more interested in staring out into the ocean and generally being difficult to communicate with. This is made worse after she has a dream that she wakes up to her husbands severed head. Despite the grisly murder being a dream, he does end up missing. This doesn’t fare well with the group, and a random fisherman ends up getting his head bashed in too. This doesn’t have much to do with the plot, but it pads the gore content, and that of course is just fine. 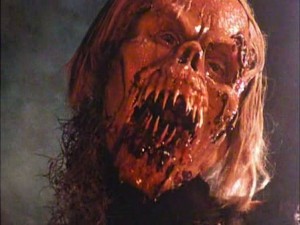 As more bodies pile up, there is suspicion that the woman possible is the culprit. However at some point, a fang creature jumps out, and I still have no idea what all that was about. I felt like the second half of the movie should have been more like the last few minutes, since there are few people left and not much to fill the time aside from running around and screaming. Had the second half been as engaging as the first, this movie would have been much better, but it is what it is.