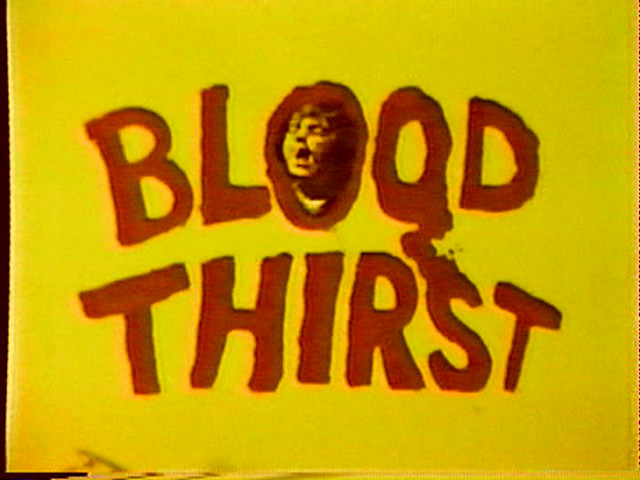 Joe Castro is becoming one of my favorite low-budget directors/producers/everythingelseinthemovieperson. So when I saw one of his earlier works on the Terror Toons 2 DVD, I had to give it a look. Made in 1985, it was filmed on what I assume was a VHS camcorder. From an interview I read, he said it was one of the first consumer models, and cost a pretty penny back in the day. I remember borrowing on in the early 90’s and was confused at the 8mm mini-cams that were starting to come out. I mean how could you play them without a VHS tape, it was madness! 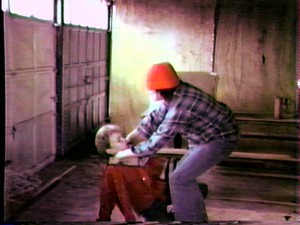 Anyway this was a nice throwback to my earlier filming years and brought back many similar memories of having friends over just about every single weekend and filming whatever random thing we thought about. Filling seven two-hour tapes from 1993-1999 provided a lot of silliness, but it was all in fun. Obviously production values didn’t exist, but in this case Joe was able to pull of some pretty nice effects for the time and resources.

The plot goes along the line of friends entering a garage and then getting killed by a masked man. I’m not sure why, but it happens. While most of the effects aren’t hyper realistic, the do show evidence of some dedication. Whenever a face is mutilated, it switches to a rubber model, but they looks custom made for the actor rather than generic masks. 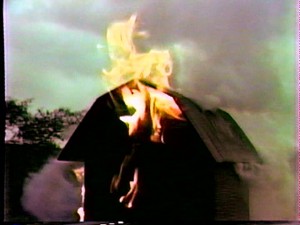 Hands are cut off, eye sockets torn off, and heads are sliced apart. The gore is good and works for this type of movie where little is expected. Additionally there is some pyro, which I’m sure his parents were thrilled about. Especially when the garage door was lit on fire for the finale. But I can’t blame him, I lit gunpowder off in my garage for a movie (didn’t have a point, but it looked cool), as well as having a gasoline and styrofoam mixing station in the attic. Yeah in retrospect, that was pretty dumb, but nothing burnt down in the end, so all’s well that ends well.
Next Post
Previous Post
Next Post
Previous Post