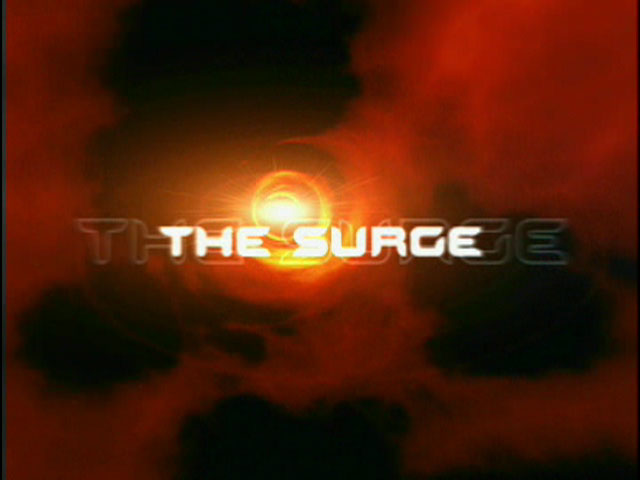 Powerful crystals. You see those in the woods all the time. Well in this story, some teens run across them and get special powers. Not the same ones mind you, but enough to take on the terrors of highscool.

But let’s not jump ahead too much. Starting off we meet Mr. Goth who likes to wear guyliner and makeup, and as such isn’t treated to well at school. He meets up with the only two people that will talk to him and they start to hang out. So one day, they decide to head out into the forest and check out a hot spot. All they know is that lithium deposits make the place magnetic and will solve the world’s energy problems. And as we know, going green makes you godlike and let’s you fly. 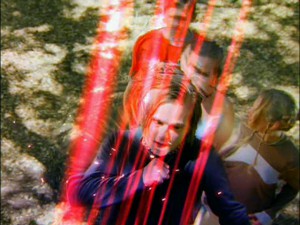 Just around the bend the sister of the guy who is researching the hotspot shows up and starts eating Twizzlers and being annoying. This continues throughout the movie, not the Twizzlers so much anyway. This causes gothy to run off to pee, and in the process stumbles on some glowing crystals. After a short gaze of curiosity, the crystals waste no time shooting him with a laser. Mr. Science comes on over and runs a quick test to determine that plutonium waves are coming off and this is the source of the vortex.

Breaking from the narrative now, I’ll say that it’s best to just shut your brain off for a bit. Don’t try to make too much sense of it. Okay then, he pulls out a pen and watches if float away. I’m not sure how he knew that would happen, but like I said, just roll with it. Evil sister decides to jump on it, and after the rest yelling for her to stop…then wait 10 second while they watch her step on and still do nothing, she floats for a second and falls off. This prompts the rest to get their jollies by floating too. 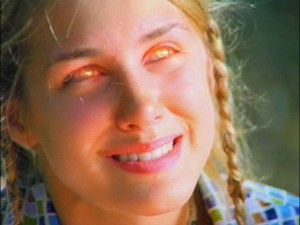 The first three get all happy with the floating activities, but Mr. Goth has to have a suicide flashback of course and put a damper on the activities. What a downer. Not much happens really as they return to school where students and teachers alike torment them constantly. So back to the crystals they do for a second dose. But alas this time they stay on too long and now have special powers like telepathy, telekensis, power of suggestions, and super healing. But like any good thing, the powers fade, so they need to revisit the crystals. This of course is the start of a healthy practice.

With their newfound powers, they become lords of the school and can get back at people. So thus begins twenty minutes of walking around and embarassing people. The evil sister starts to get a little to power crazy, so that goes from there. It does get sort of weird by the end, but at that point you’re sort of used to it. 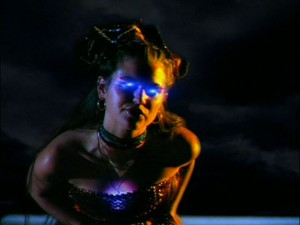 Visually the effects are simple glows, and thanksfully left at that. Being shot on video, you can’t overdo it too much Acting is fine and the plot is passable. Overall it’s a decent flick if you don’t think about it too much.