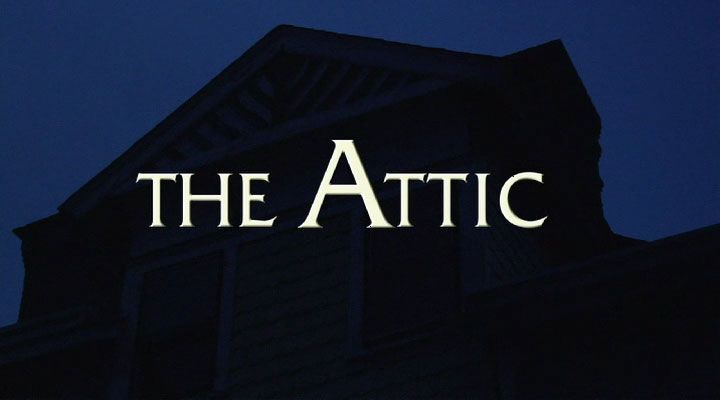 It takes a lot, but I can fairly safely say that I didn’t like this movie. Not because it was really bad, but more because they tried to be good and then ultimately weren’t.

While several complaints are due to unattractive leads, I suppose that wouldn’t really fly nowadays, so I’ll attempt to find other things that I didn’t like. Now I don’t like to harp on ‘these modern day horror movies’ being nothing like the classics, but usually that context relates to the big budget theater releases. No, I tend to get more annoyed by the medium budget films that seem to occupy the middle ground between indie effort and mindless popcorn flick. 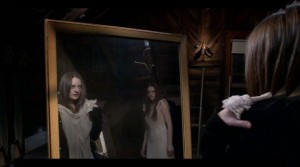 The main problem being that they try to be the ‘solution’ or alternative to the mindless dribble coming out of Hollywood, and in some cases that’s true. But then they are left with the problem of actually producing something new, unique, and better. This often proves tricky. The movies tread common ground with many before, and younger actors and actresses are a-plenty, thus usually grating on my nerves. It was compounded in this case with a savant brother and agorophobic sister team. The savant is really the likeable character in the family as the parents are made up of a cranky father annoyed that he’s paying for a college his daughter doesn’t attend (understandably in his defense, especially after moving just for that), and a relatively passive mother who does little for the family.

The sister is the real annoyance in the movie. Not so much that the house possesses her and makes her afraid to leave it, but the general attitude that seems to be unrelated to any sort of haunting. The agoraphobia which gives her the fear of open spaces (not to insult anyone’s intelligence, but I suppose a few might not know the definition), is often the trigger, but the following attitude outlines a stereotypical behavior that would make bella from the Twilight series almost look like a contributing member of society. 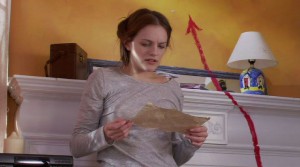 First off she refuses to go to college. Fair enough due to the intense fear of going outside, but instead of being bothered by that fact, she goes on making excuses like ‘in college you don’t have to show up’ or accusing her father of only thinking about money. Dunno but for $40k a year average, I think he has a right. This escalates to a heated argument match where she makes the empty threat to run away from home. In normal cases, this is a cheap tactic and made more rediculous due to the agoraphobia. Then she states that she hates them and wishes they’d die. After getting a psychologist to evaluate her, she mocks him and alludes to affairs he’s having with her mother, and generally being an abysmal human being. 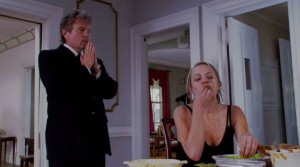 After an hour and half of self-inflicted torture, the storyline pretty much went: house possesses girl, produces visions of doppelgangers, ends in tragedy, repeat with new family. This makes for a disappointing experience, but ironically a longer than average review, so be that as it may.
Next Post
Previous Post
Next Post
Previous Post