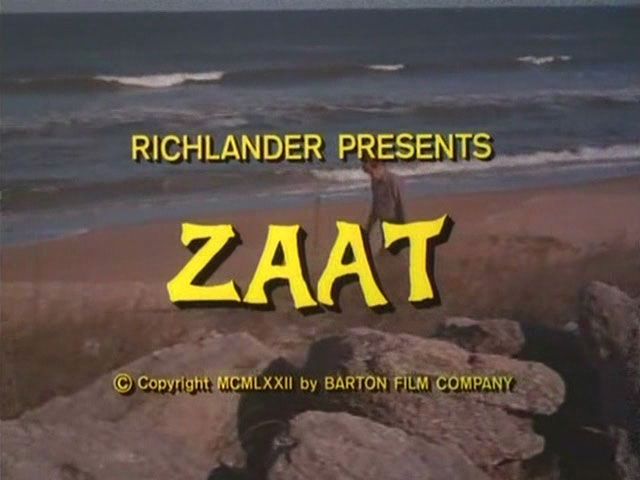 I wanted to give this an extreme rating of some sort, since it goes far beyond the realms of simply being ‘bad’. However it’s not so bad it’s good, and it isn’t so bad that I simply didn’t like it. So it will unceremoniously sit in the middle of the general ‘bad’ range.

It is pretty bad though, and it thoroughly blasted from pretty much everyone. My gripe is not from the production value, nor the random splicing of scenes or drawn out pulley system assemblies, but rather the fact that not much seems to go on, and I can’t make heads or tails of any of it. 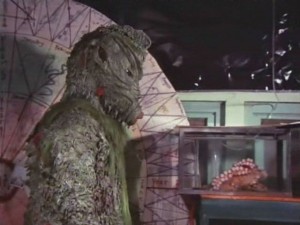 Two main things occur in this movie: scenes of some biologist killing people and working in the lab, and stock footage of fish. I’d give the stock footage equal footing since it’s spliced in pretty much everywhere. The first five minutes are dedicated to fish camouflage, and after that, action sequences flash to fish eating other fish in an attempt to create some sort of visual metaphor. It is jarring, and any sort of subtle meaning is seemingly overlooked due to the presentation.

Fish aside, a scientist is working on an experiment to transform himself into a catfish for some reason. I couldn’t really figure out why, but it ended up working. After reading into the history of the movie, they were going to use real catfish and models, but it was deemed to silly. That alone says a lot, since the costume they ended up with is hard to beat in terms of silliness. 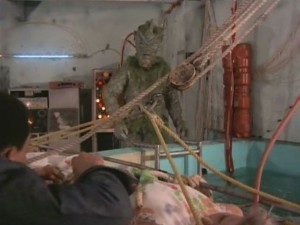 After his transformation, he swims around in a lake and kills people. Some just die, and others (women) are brought back to the lab, then dissolved in acid after the experiments are done. Why? No idea. It just is. This is accompanied with endless scenes of the scientist playing around with a block and tackle pulley system. Now I know those things are a pain to function properly, but I’m not too interested in seeing it in all its frustrating glory. It gets worse when he has monster catfish hands, and the local forensic analyst is trying to foil his plans.

I really wish the movie followed some pace, or something happened that I could remotely understand. It could easily be a Z-grade gem, but instead there are little hilariously bad moments, rather just plain bad moments, and those are no fun.