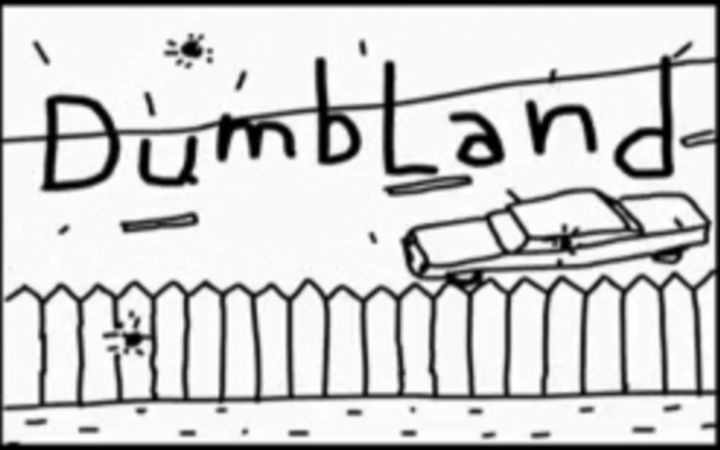 Imagine you’re sitting in your living room on a sweltering July afternoon. A common fly whizzes by your ear maintaining a perimeter of no less than two inches about your head. The incessant buzzing of its little wings soon overpowering everything else in the room as you try to go about your business. Imagine that same scenario only instead of one fly, there’s a couple billion; all buzzing about. This is what it is like to be a god. 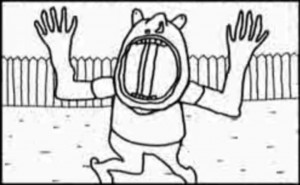 If you were to watch Dumbland you’d probably think that it is both noisy and irritating, and to be perfectly frank, I think that’s the point. Animated entirely in FLASH, Dumbland is comprised of 8 episodes, each 2-5 minute installments centered on a stereotypical, American white-trash family. They’ve got everything: an abusive husband, a wife who won’t stand up for herself, monstrous in-laws, and a son that could very well be the poster child for ADHD.

The style is abstract and crudely drawn with Mr. David Lynch himself providing all of the voice work for the characters. In that way, this animation is very personal and one can easily sense that the diverse characters all manifest some aspect of their creator in some way. 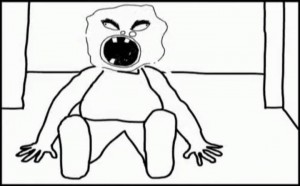 A typical episode usually revolves around the husband, an ignorant brute of a man, and his interactions with the world around him. His answer to most things is usually violence and, in a lot of ways, he resembles the futility of unbridled anger and violence. He’ll typically scream at length about things he has no control over and resort to violence, often times hurting himself more in the process. He is misery incarnate and the only way he knows to live with himself is to make others just as, if not more, miserable. Tell me you haven’t met somebody like that in your life and I’ll tell you to apologize for being a liar.

To me, these episodes speak volumes. This is truly what a god hears when he looks at the Earth. Lots of noisy animals making such a racket. It’s unbearable. Sometimes I wonder if it’s better to be worshiped by this world or if I should simply destroy it. Someday…