The World of Yoshihiro Tatsumi 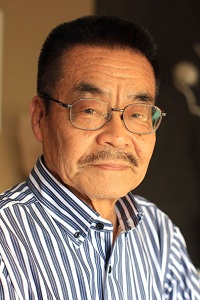 The problem I find with manga and, really, American comics as well is that it’s very easy for me to get burnt out. I can only read a reboot of Ghost Rider or Spiderman or Batman so many times before I start to feel like maybe I’ve heard this story before and manga isn’t much better, most of the time, though for different reasons.

Issues I find with manga typically stem from the inherent nature of the product: to be extremely marketable and profitable. It’s the same way with anime too; it exists to create characters or scenarios that sell lots of creepy ass anime girl pillow cases and action figures.

I can probably count on one hand how many manga series I’ve read to completion: Uzumaki (Junji Ito), Pluto (Naoki Urasawa) and Parasyte (Hitoshi Iwaaki). I started reading Sgt. Frog at some point because I actually liked the premise (evil alien frog that is also an idiot taking over Earth) but that quickly stopped when I realized what I was getting into. And, unfortunately, the number of manga series I actually HAVE started reading without finishing is far higher because I simply can’t stand it.

I get to a point and I’m just sick of it. It becomes joyless and completely uninspired.

That’s why I was very happy when I found the work of Yoshihiro Tatsumi. I received three collections of his work in hardcover volumes that, to this day, I can’t remember why I asked for them. At any rate, I was pleasantly surprised when I started reading them.

There are lots of different words you could use to describe Tatsumi’s work: horrifying, subversive, bizarre, tragic, ridiculous, political, surreal. The words I would use to narrow it down would be frank and emotional. The early stores collected in these volumes are less like short stories and more like feelings and emotions put to story structure. They are abstracts given meaning through the use of minimal plot and simplistic drawings. 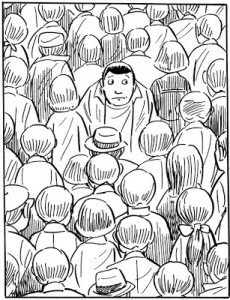 One of the most prominent aspects of a Tatsumi work is the way in which he draws his characters. Characters are, for the most part, rendered in simplistic and abstract forms with very vacant expressions. This allows the reader to infer what the character is thinking or feeling in a horrible situation lending the story to a more immersive and emotional experience.

The stories are often one-shots so you won’t find any sprawling, hundred-chapter sagas here. Tatsumi tells it like it is and one minute he’ll be telling a story about a horrifying abortion and, the next, he’ll be sharing his disgust at the state of his country (back when most of these were made was the 60s and 70s).

Tatsumi’s work is unique and rejects conventions inherent in almost all forms of manga. There are no bouncy, sexy girls to sell the story and you couldn’t make an action figure out of any of these people much less a video game. This makes his work very abstract and what some might call “underground.” I highly recommend that, if you’re looking for something a little different, you turn your attention toward this lesser known mangaka.