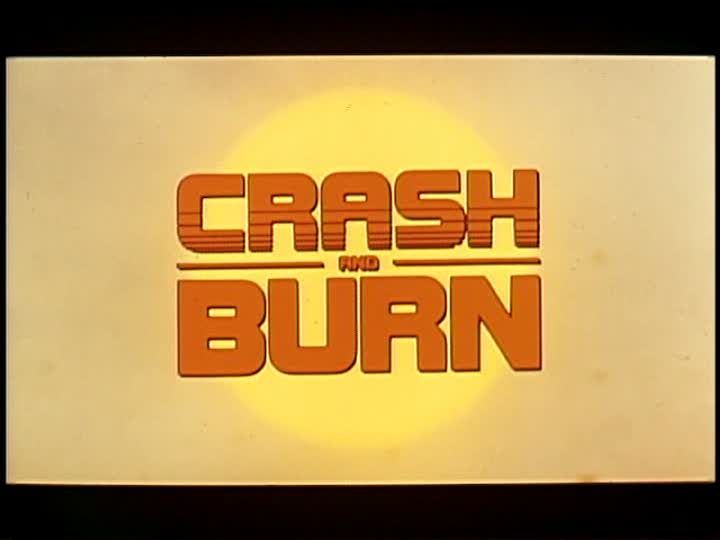 Here we have a pseudo-hold over from Charles Band’s Empire days. While not a real sequel, as Robot Wars fits that a little better as a followup to Robot Jox, it does lift some archival footage in order to achieve the climax of the movie. The movie title is even an homage to Robot Jox as the term ‘Crash and Burn’ is analogous to ‘break a leg'; the saying used prior to robotic combat before each event. However most of the borrowed elements are so out of context, they have little relation to their source material. One may say that in addition to just grabbing footage, the type of movies Band wanted to make were still in the same vein as previous releases. [break] 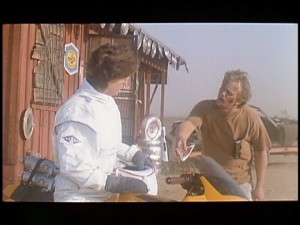 The year is….the future sometime. The ozone has been depleted because we didn’t buy Al Gore’s carbon credits, synthoids are running around being all non-human, and the government has banned computers for everyone except for themselves (of course). Now the government of sorts is not the traditional sense, but instead is Unicom, which pretty much oversees everything and ensures that the economy remains stable. The world is desolate, but some semblance of reality remains as cheap TV broadcasts still go on, and motorcycles drives are common. Hookers have also made a comeback since computers, and thus Virtual Reality, has been banned ensuring that disease once again has a proper place in society.

One of Unicom’s employees visits one of the broadcasting stations for a regular checkup. Once there, he develops feelings for the underage girl and sticks around for a while. However people start dying, and finding illegal uses of computers becomes something that’s placed on the back burner. He theorizes that a synthoid is among them causing trouble. Much like ‘The Faculty’ that came a few years later, they all go through a test to determine if they’re human, but the synthoid being a tricky creature, eludes detection through some means that’s only explained later when we don’t have to think about it terribly hard. 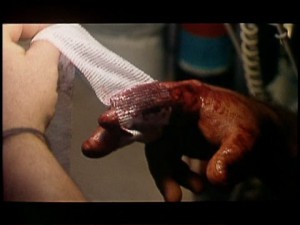 But more people keep dying, even the prostitutes who are given a larger portion of the movie than we care to admit, and eventually the synthoid just reveals himself to the group. They try some hand to hand combat and chemicals but have little luck against the creature. Luckily the old footage… I mean robot from a previous movie is still buried in the sand, and jumping on a console will revive it to become a fighting machine. In this reality, the robots were used for practical purposes, but the previous movie had them as fighters, so in a weird way it makes sense in the end.

Piloting the robot can be done with a single input device and just squashed the synthoid, and everyone lives happily ever after. Well as much as they can in a dystopian future, where half their friends are dead. 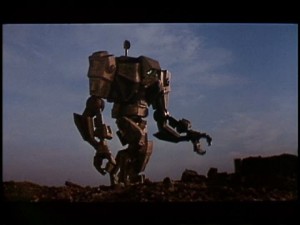 The cast is actually rather good. Megan Ward appears here in an early role and was later in the iconic Arcade. Bill Moseley proves that he always plays weird roles, and the rest of the cast performs honestly. Effects are decent, and since we’re still pre-CGI, the effects are all practical or stop motion. Ignore the fact that most of the effects were lifted from another movie anyway.
Next Post
Previous Post
Next Post
Previous Post