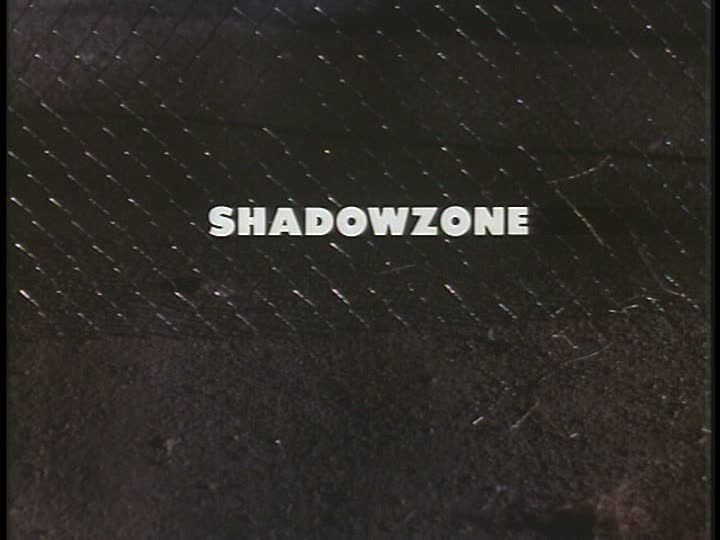 This is one of the earlier Full Moon productions. You can tell they were really trying to be series at this stage, so there isn’t much camp involved. Shadowzone is played as a straight sci-fi movie and in that respect is works. Despite a few odd characters the only silliness comes from seeing the monster at the end, but overall it’s solid. 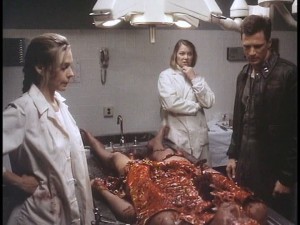 When a movie is neither so bad nor so good, I’m really forced to go through with a plot oriented review. I don’t like these as much, as I have to avoid spoilers while still trying to at least say something about the movie. Plus they’re a little drier. If possible, I prefer to ramble on in a stream on consciousness and vaguely touch upon the movie from time to time. [break]

So here we go. At an underground research bunker, experiments are taking place to study dreams. It’s currently getting government funding, so when one of the subjects dies during one of the tests, an official is sent down to see exactly what’s going on, both from a financial and ethical standpoint. 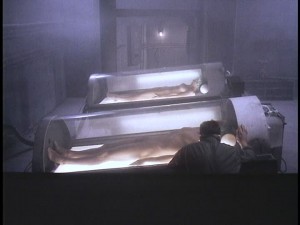 His initial findings show some eccentric characters running the show, but nothing out of the ordinary. He sees male and female test subjects in some tubes, who appear to be sedated, but he is assured that everything is fine. Finally they decide to show him one of the tests to prove that everything is on the up and up. But as fate would have things don’t go right. In fact they go so wrong that the man’s head explodes. I imagine they tested on the guy first in order to provide a stronger subject for the test, but more likely in the interest to not have a nude man wander around for the rest of the movie.

This brings down the majority of the power to the facility, so we end up with an ‘Aliens’ feel for the next half hour as people are randomly killed. By the time the power comes back on, there are only a few people left which is convenient. Backing up a bit, it turns out that when we dream, we actually jump into another dimension. But by trying to control that connection, a hole was ripped and the other side started coming to us. And that other side wasn’t pretty. 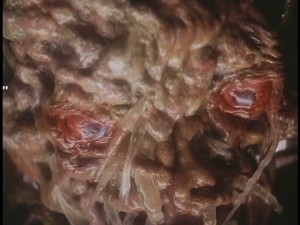 So we assume funding won’t continue for the project, but that matters little since there really isn’t anyone left to run it and most of the equipment is trashed. There really isn’t much resolution either aside from some near misses with ruining the world, and a freeze frame leading into credits has always been one of my less favorite ways to end a movie. But overall this movie was pretty solid. It bridges the insanity that I hope for, and a traditional serious release, so it’s not all that bad.
Next Post
Previous Post
Next Post
Previous Post