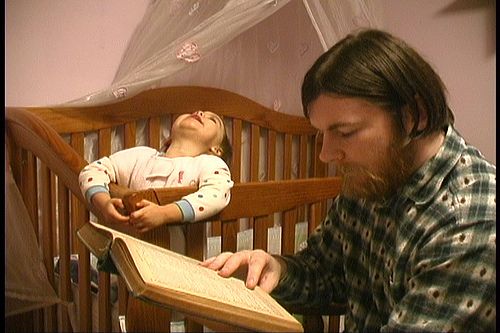 I’ve been asked to provide some commentary on the symbolic nature of these films. While looking like a generic mini-DV production from feeble minds, it was however finely crafted, to tackle some of the tough issues of our day.

Much like Aesop’s Fables, the need to replace prominent figures with animal counterparts is a crucial component to conveying social complexities that otherwise would have proven too obvious, and thus dismissed on pure ideological grounds. While this sometimes blurs the analogies into a confusing mix of pure apparent fantasy and possible exploitative narrative, I would argue the omission of partisan crosstalk is ultimately necessary. 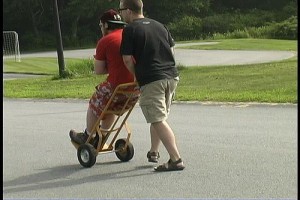 Moving back to the original installment in 2000, we were in a different time. Clinton was [break]president, and while performing the near impossible feat of balancing the budget, there were some concerns over the state of the military, which had been underfunded during peacetime in order to cut costs. The unintelligible manner of the Captain symbolizes the lack of apparent direction an armed force faces when not in active conflict. 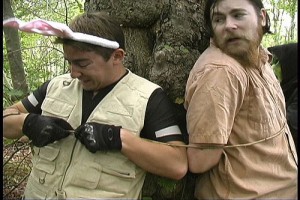 Additionally, we were facing a rise of so called ‘casual violence’ in America. While violence in years past seemed to have purpose, warranted or not, many recent acts were occurring simply due to teen angst or ‘keeping it real’. Incidents like Columbine raised our awareness of the possibility for horrific outbreaks of violence in unassuming areas by unassuming suspects. In an attempt to come to terms with such a shocking and new concept, scapegoats such as the music industry and video games were often cited as the leading cause. Zombie Jamboree explores these lines of thoughts and tackles the issue of first person shooters and industrial bands throughout the course of the movie. 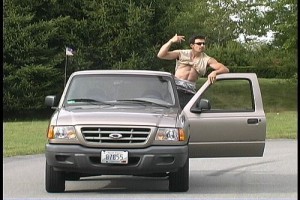 Moving to Zombi Fourest, capitalism and consumerism is forefront. The core theme is the protection of intellectual copyright and active deterrent to patent infringement. Since the US was built upon the idea of free market and protection of those who take risks to build a product, there is a necessary need to ensure that counterfeits are not allowed. The zombies in this case represent those who blindly accept reproductions and undermine those who produce a valid product. The counterfeit in this case must be removed from it’s accessibility, however as we see in the end, even the most carefree individual can instantly and easily be tainted by just one chance encounter. 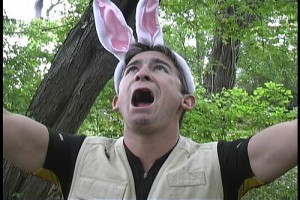 Finally ending on Zombie Zinger, a stark contrast between the need to band together and the desire to consume another, is shown. In an ever polarizing country, petty differences end up driving those with conflicting views far apart, sometimes to the point of disallowing any meaningful dialogue. In this case, when the protagonists are in trouble, another comes selflessly to the rescue, and even continues the battle as an added bonus. However, this act proves little long-term benefit, as a helpless companion is viciously consumed for food. The irony of course, is that after all of this, he was carelessly thrown away when not found to be very palatable.

Through the technique of bed-time stories, these tales are created in hope of transcending traditional rhetoric and speaking to the most basic form within us, almost as a child learning for the first time.

In short, Zombie Zinger is bittersweet. Not only is it the the final installment in the DCJ Zombie Chronicles, but we, the viewer, also get a glimpse at the distant future in a chilling epilogue.

The film follows casual zombie hunters Duct Dann and Soldier Chris, several years older and wiser from their previous excursion to the Cottontail Fourest. World-weary, they decide on one final jaunt into the accursed wood to free themselves from the mundane concerns of everyday living; the horrid social trappings that bind us all. As Chris and Dann fight for survival, they are joined by friend and foe alike; each with their own agendas. 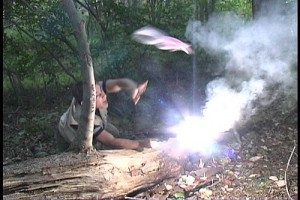 The character dynamics in Zombie Zinger are easily the strong point of the film. Characters constantly abandon and double-cross one another, alliances are broken and reformed, twists and turns until the ultimate revelation is revealed. It’s a fun ride that promises never to slow down or get bogged down in stilted dialogue or exposition. 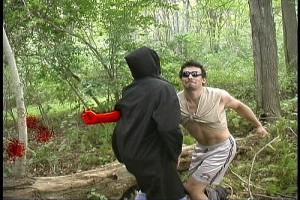 As a stark departure from the previous two installments, the film is actually a flashback and a flashforward on the life of Duct Dann. Having settled down with a family of his own, he recalls the last mission with Soldier Chris and even learns of his eventual destiny. Dann’s future may not be what the viewer wants to see, having invested their time and emotions in this epic protagonist, but sometimes fate is cruel and no matter how hard we try, we end up becoming that which we despise most. 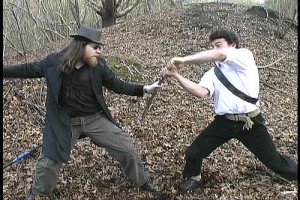 Though considerably shorter than the other two installments, Zombie Zinger is no less sweeter for the endeavor. You’ll laugh and you will most certainly cry at the plight faced by Dann and Chris on their final mission.

I’d like to thank Richard P. Enis for his help in navigating me through the insane Criterion Collection web page. In my old age, my eyes aren’t so good and I pressed enter several times on my keyboard before I realized I had to “click” enter on the site with this “mouse.” I would also like to thank Dann, as should you all, for his work on the Zombie Chronicles and I, for one, hope to see more of his great works in the future. 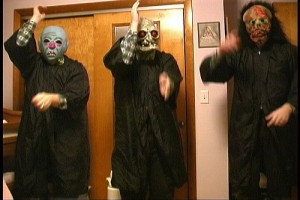