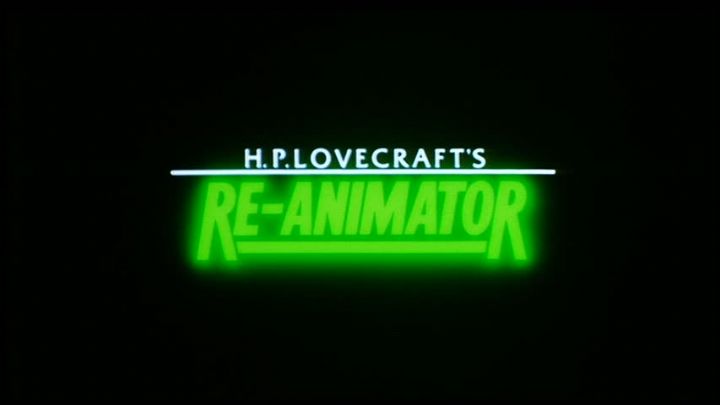 Prior to reading up on the exploits of Herbert West, I never thought much about the idea of restoring life after death. Sure, I was familiar with the story of Dr. Frankenstein’s Monster, but in many key ways, that story was quite different from Re-Animator. Though it was true that both stories dealt with unorthodox science, one story (Frankenstein) had a man creating life from nothing but a myriad assemblage of appendages, whereas in Re-Animator the scientist was literally resurrecting whole individuals to see if he could “cure” death. From that moment on, I was intrigued with stories that involved the prospect of postponing or even preventing the mortal absolutes. While I personally don’t believe you really can go against nature, I was nonetheless captivated by these madmen and their righteous challenge against what God intended. Of course, in the end, most if not all of these men paid dearly for their hubris, but man, what a ride! 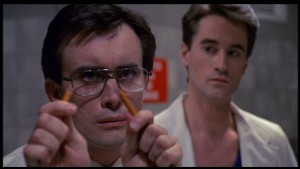 In the film adaption to Re-Animator, another H.P. Lovecraft story, actor Jeffrey Combs plays the role of Herbert West, a troubled scientist obsessed with bringing people back to life. Though the endeavor seems noble, both Combs’s acting and the actual character of Dr. West portray a man that is far from heroic. Recently transferred to Miskatonic University (a common place for abnormal happenings in Lovecraft stories), West wastes no time in terrifying his roommate, killing their cat[break] (for experimentation), and making enemies with the corrupt faculty. Combs is incredible in this film, balancing manic grins with cold and icy stares which accurately portray a dangerous, albeit misunderstood, genius. Though West isn’t alone in this story, it’s very easy to forget about everyone else as most characters that come into contact with West play the “straight-man” role to his eccentricities. 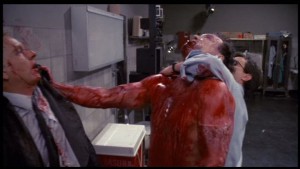 While I might get down in the dumps about how this film is largely a departure from the short story, many of the key moments in the short story are present in this movie and are used tremendously well to keep the action moving at a constant pace. Enemies and rivals are identified and the story eventually gathers in speed and momentum culminating in a harrowing showdown between Dr. West and a villain of his own creation. The action only slows down occasionally to give some much needed back-story to major characters, and even then, these moments never last very long before flinging the viewer right back into the thick of it. Another thing that was most appealing about the film is its sense of humor. Unlike a lot of zombie films of this era that tried to be ridiculous AND so far up their own asses with the story, this one strikes an even balance with ridiculous humor AND a ridiculous story. And while the story may be ridiculous, it’s hard to really call it uninteresting or unapproachable. 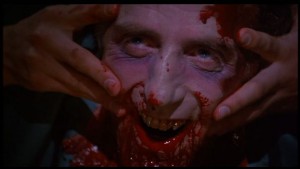 Jeffrey Combs easily carries this film through both the fast and the slow points with his dry wit, dark observations, and overwhelming cynicism. Like many of the great contradictory characters such as Albert Rosenfield of Twin Peaks (the pacifist with a sharp tongue) or Dr. Gregory House of House (a doctor who helps people but doesn’t like them), Dr. West is intriguing as both a protagonist, but a villain of sorts. While he isn’t over-the-top killing people or hurting anyone innocent, he certainly holds no human life as valuable and treats every death around him as a chance for research and study. While we want him to succeed and we know that only his intervention can deliver us from the zombies he’s created, we also know that he can’t be completely trusted and therein lies the intrigue. 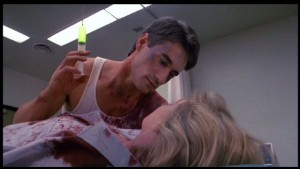 Though Re-Animator might not be what all the die-hard zombie fans are hoping for, it still manages to be fun without being guilty of preaching. There are no real social statements being made in this film and that’s probably for the best considering the light-hearted nature of the story itself. While Romero’s Dead Series is successful in making social commentaries on the fallibility of man and the human ego, Re-Animator succeeds for a different reason: the story of a man whose life is so consumed by his obsession that it both literally and metaphorically consumes him completely. Even then, the story makes no real effort to point out this lesson, instead opting to entertain before educating. There is drama to be had, sure, and the suspense can be overwhelming at times, but the film as a whole never feels daunting in any way, and manages to stay interesting with several scenes you won’t soon forget.