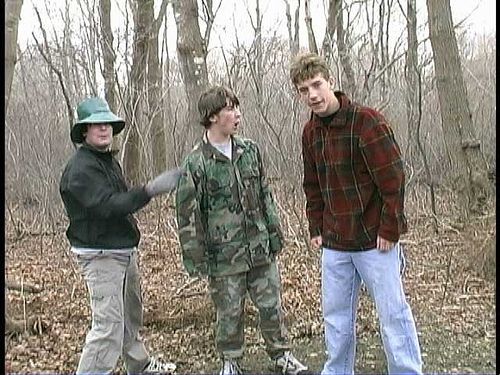 In short, Zombie Jamboree is a tour de force! A ground-breaking and unprecedented addition to the zombie genre of film combining characters with sardonic wit and complex and unique agendas. “But Brian, this looks like somebody’s home movie…bad home movie!” I know! it’s brilliant how even I was fooled by its outer appearance, but make no mistake, dear viewer; the outer appearance belies a deep and tragic plethora of voodoo mythos and allegory. 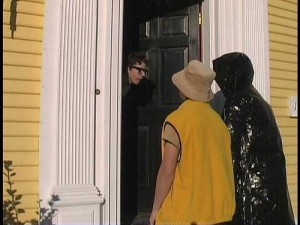 The story starts out simple enough: an outbreak of two zombies has been spotted in the nefarious Cottontail Fourest, a realm of inconceivable horror both in presence and name (I got a little bit scared just now saying the name). We all know that every wildfire starts with a tiny flame, and every apocalyptic zombie nightmare starts with one or two shambling zombies in a wide open area. However, I don’t want to spend time talking about the story, let’s talk about what you’ve all been waiting for: the acting! 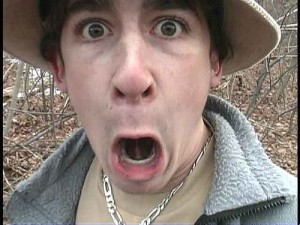 The media and paparazzi like to jerk off Johnny Depp’s ego for his versatility in acting, but has he ever played more than one role in the same movie? Yeah, I didn’t think so. Go back to watching Sweeny Todd, n00b! Chris and Dann Thombs, a dynamic duo both onscreen and with the ladies (so I’ve heard…I wouldn’t know), take on over three roles each. It’s amazing and not since Eddie Murphy’s early work have I seen such prowess and distinction of character. 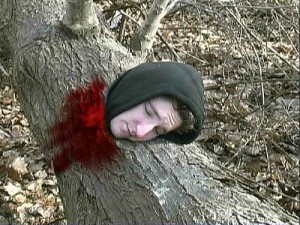 Where the film calls for a more manic presentation, the camera work is entirely happy to oblige. Awkward cuts and edits of the same exact scene create a very unsettling and manic atmosphere as we are presented with the inner workings of each character’s complex psychology. There is also a healthy amount of symbolism in the story as well. At one point, both characters “Duct Dann” and “Yo Chris” mysteriously change their clothing between two scenes. This is, of course, to illustrate their metamorphosis into heroes and evolution of character and NOT a continuity error. At another point, our very own Dann Thombs takes on the role of “Captain Ned,” a man who speaks entirely in gibberish. Clearly a political quip at our current “brain trust” called the US military. 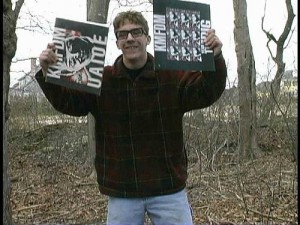 I don’t want to give too much away because this is something I feel everyone needs to see. A celebrated classic that should be archived along with Citizen Kane and Schindler’s List. I spoke to Dann just the other day about raising awareness of this classic. He has most graciously agreed to have the film available to view free of charge right after this review. Just to give you an idea of how major this is, David Carradine once asked if he could view this film for free and Dann refused. Alas, Carradine is no longer around to corroborate this story, but let it be known that Dann’s films are for the people, not the upper class! Enjoy…I said enjoy…