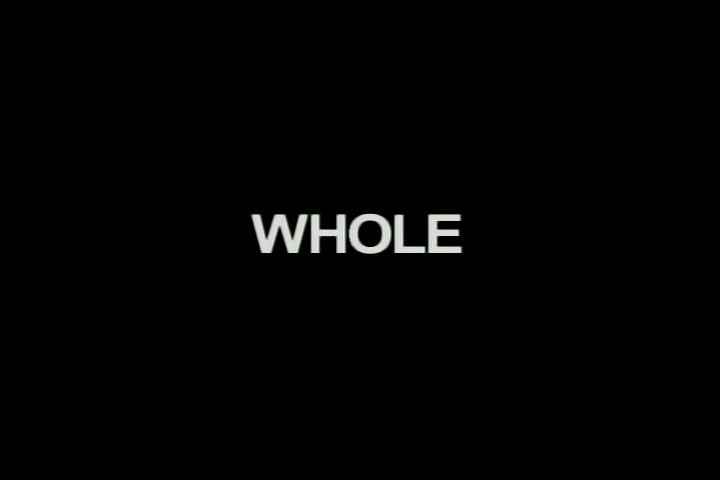 It’s not uncommon to hear stories about people who are convinced that they are the wrong gender and won’t feel complete until somehow this is corrected. Some may be satisfied by simply pretending and wearing different clothes or changing mannerisms, while others necessitate a medical alteration.

‘Whole’ makes comparisons to this cultural phenomenon but in a different realm. The title ‘Whole’ is a double play, both at face value referring to the tangible notion of being whole physically but also as an emotional state of mind insofar as the subjects will never feel ‘whole’ as long as they are ‘whole’. 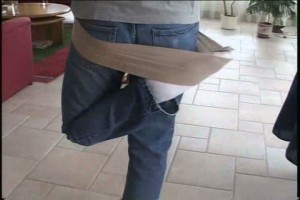 As with the trans-genders, some were content just pretending by tying their legs up and wearing baggy pants with crutches. This way they could see what it’s like before going through a permanent solution. These people are called wannabes, and in this circle it’s not a pejorative term. Others have gone through with the removal of the offending limb. However unlike gender swapping (or what they consider is close enough) there are no sanctioned procedures right now to elect an amputation. The two in the film both had to severely damage their legs to the point that doctors had no choice but to remove it. One was by shotgun blast, the other took dry ice and froze them off. 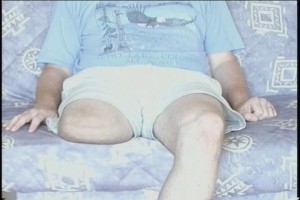 Aside from the physical issues associate with not having a limb, the emotional aspects are analyzed both from the subjects as well as their families. From a subject point of view, some can pin point the exact point where the limb should or should not be. The one who had the amputation says he feels a bit of the remaining leg should not be there, while the area in the back had too much taken. Another who had not gone through the process, ended up breaking his leg and found that life was a lot harder, and forced him to rethink his decisions. Then the families chimed on. One wife said she would leave the man if he went through with the procedure. This again reminds me of the documentary I saw on trans-genders. While I’m passing no judgement on one’s personal choices, when families are involved, sometimes your personal desires come second to their. It’s a tough decision, but personally I see the family structure to remain higher than some fringe obsessions such as this.

It was an interesting documentary, and shed light on a very different identity disorder.