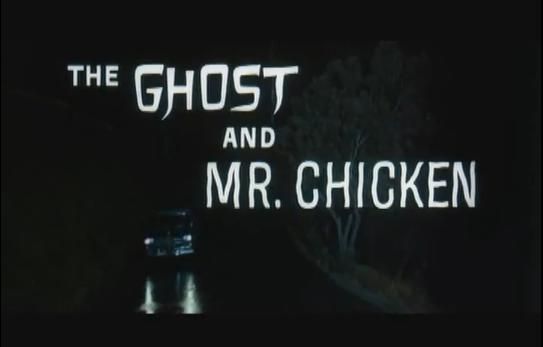 About every Halloween or so, I cringe like I do with any holiday of note because I know that the same holiday specials I’ve seen time and again will be replayed for my amusement. Just in case I forgot how The Nutcracker ended or if I still thought Home Alone was funny (it still, kinda is). However, sometimes I see something unexpected and I just have a reaction. My mouth squeezes and contorts into that curvy, curled shape, and a horrifying sound issues forth. I’ve been told this is a laugh. 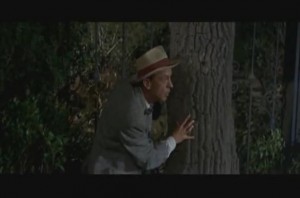 Anyways, that very thing happened when I caught The Ghost and Mr. Chicken on television not too long ago. I would consider it a classic, not because I want to make it seem esoteric but because[break] it stars Don-friggin-Knotts. Don Knotts. One of the few people on the planet I can still genuinely laugh at. His acting ability has always been comedic while his characters have ranged from arrogantly stupid to naively stupid. Through these characters he endears himself to us the viewer and the same applies to his role in this film as Luther Heggs.

Our hero Luther starts out an underdog just like most of Don’s roles. He is a typesetter for the local paper which basically means he works on the paper behind the scenes, occasionally doing a bit of journalism in the form of filling empty space with stock news bits. However, one day he decides to print a small bit about a haunted murder house and, not thinking much of it, is shocked to find he has become a celebrity for it. In addition, he is challenged to do a follow-up piece where he spends the night in the house and there the story unfolds. It’s a classic story about an underdog who gets a little ahead of himself and then has to settle an even bigger problem as a result. 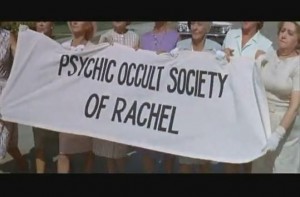 Nowadays these types of stories aren’t so much comedies anymore as romances: where a protagonist really hits rock bottom before a sudden good fortune raises them back up. Of course these movies now tend to blur the line between romance and drama and soon forget their roots in the comedy genre except for maybe one last joke at the end. In true classic form, The Ghost and Mr. Chicken starts out as a comedy and stays a comedy the whole way through. Even when Heggs is going to trial for libel or when he’s the laughing stock and everyone turns on him, it still remains humorous and most of this is due in part to Don Knotts and his incredible performance. 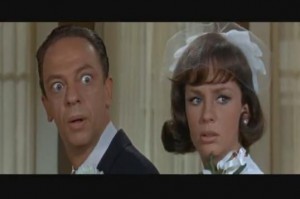 The Ghost and Mr. Chicken is good clean fun all around. You won’t find vulgarity or innuendo all too often and the topical humor is used sparingly without using it as a crutch. Don Knotts is the real star of the show and steals the stage with his character’s quirky personality flaws and his complete lack of a backbone. Though flawed and flimsy, the protagonist carries the film to its logical conclusion and does so successfully. It exudes the very tenets of the genre without cheating its audience and that’s something to be respected.