Home / Movies / Thanksgiving with the O’Connors

Thanksgiving with the O’Connors 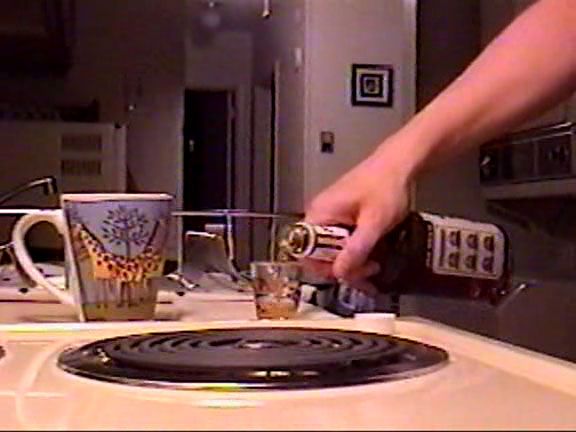 I’m honestly not sure what this is. I felt obligated to try and find at least one Thanksgiving themed entry for the site, since I’m obviously too busy to create custom graphics and such. Maybe I’ll perk up for Christmas. Who knows.

Anyway I stumbled over whatever this is supposed to be. I wasn’t even sure if this was worth adding as a review, but I have no plan B, so we’re gonna roll with it. 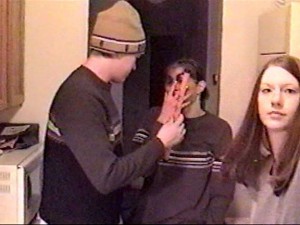 The setting revolves around what I assume to be the O’Connor family. The piece is only 15 minutes long, and about 7 of that is one initial shot, then a few clips, and then the ending. One of the family members opens a bottle of Jim Bean and starts pouring shots. 7 minutes later a few other members show up and partake. Then two brothers arm wrestle, followed by more shots of people doing shots.

Before we end, they decided to throw in three random clips. The first is some guy on a rant, and I can’t tell if the narration was actually from the clip, or in the background as they just filmed the TV. The second is a police standoff with an old man in his underwear with a shotgun. They yell to put the gun down, but it ends with him kneeling and shooting his head off. The final clip is the classic Bud Dwyer press conference, which ends the same way. Luckily, I know of the scene well enough that I can safely skip it and thus still haven’t seen it in its entirety yet. Yay me. 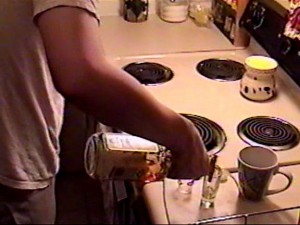 With that randomness out of the way, the family has dinner and the drunk son starts to spew racial terms that get the family rather agitated. The mother claims she can’t repeat those words since she’s the Mommy and requests that the tapes be overwritten. But apparently they weren’t since here we are.

Honestly, this was one of the more uncomfortable things I’ve seen. Not really due to the gore footage, but the idea of peering into someone’s home video. Moreso since it illustrates some apparent dysfunction within the home. I’m not sure if it’s due to some Blair Witch syndrome, where I sort of will myself to feel a certain way about the scenes, but just observing life as a fly on the wall is somewhat unsettling. 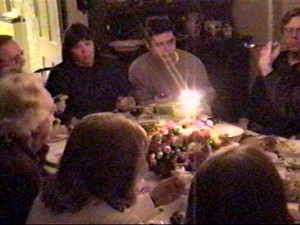 That said, it could be a put on for all I know. There’s a fair amount of video cuts, and there’s some looping at the end during the outburst for effect. Of course it could be a bit of both, with the brothers trying to cause a scene during the holidays. The family member reactions are somewhat subdued as they don’t overreact and generally seem like they feel as uncomfortable as I was.

So Happy Thanksgiving. Don’t kill yourself with a shotgun…and stuff.