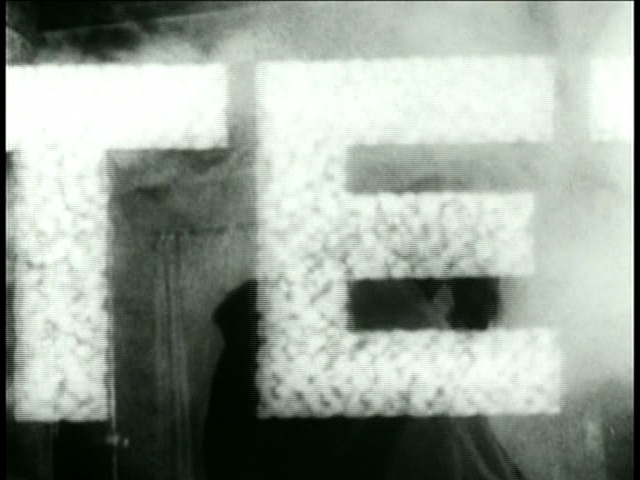 Movies like Tetsuo are not for the faint of heart. If you’re even the slightest bit squeamish about violence, then steer clear of this. It’s not so much that the violence is so over-the-top is the fact that it’s so visceral and raw. Most of the violence revolves around physical mutation, a person’s body grotesquely mutating without his consent in a very painful and disturbing manner. 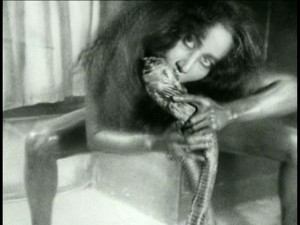 The film is a revenge story of sorts. No one has names in this film so I’m forced to use nouns to describe everyone. The story begins with a Metal Fetishist wandering through a rundown factory district. Wanting to have a body that isn’t hindered by the physical limitations of the flesh, he cuts open various parts of his body, sliding in chunks of metal and sewing up the wounds. Upon discovering the wounds have festered, he runs down the road in a panic, unaware of oncoming traffic.

The Salaryman and his Girlfriend are joyriding and they hit the Metal Fetishist with their car. Rather than help the man or take him to the hospital, they dump his body in the middle of the woods. Somehow this gets the Girlfriend hot and she starts jumping the Salaryman’s bones in plain view of the near-dead Fetishist. The next day the Salaryman’s body begins to undergo a terrifying transformation. 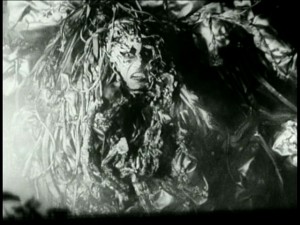 As if his guilt has manifested into some kind of metal plague, parts of his flesh begin to atrophy and fall off, replaced by machinery. Eventually, the Salaryman resembles more of a metal man than an actual human being. Making matters worse, it seems the Fetishist has returned, fully capable of controlling his new found metal limbs and what ensues is best described as a brawl involving bodily mutilation and metal parts flying everywhere.

Why have I taken the time to flesh out three-quarters of the plot? Because when you watch this film, none of that will matter. You’ll be so caught up in the horrific images of a man pulling skin off of his face, having cathodes and aux cables poke out through his skin, and metal components poking out of his back. You’ll watch as the Salaryman’s genitals are replaced by a giant power drill; how getting intimate with his girlfriend past that point proves to be fatal for her.

Shot on a bit of a budget, the special effects are very well done. The choice to film in black and white really enhances the stark contrast, giving the film a very sinister sense of dread. You know something terrible is waiting around the corner in each scene thanks to both sound and acting. Much like Kafka’s Metamorphosis, the Salaryman simply wakes up one day and begins going through the frightening and irreversible mutation. However, unlike the Metamorphosis, the Salaryman has clearly done something to warrant this kind of consequence. 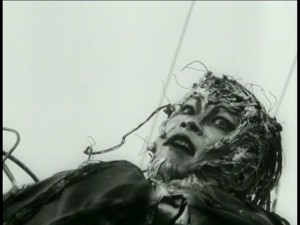 If you look for meaning in this film, you’ll probably find that the Salaryman, in one sense or another, is getting exactly what he deserves. He basically hit a total stranger with his car, then tried to leave him for dead, then had sex with his girlfriend in front of the stranger as he lay off to the side, dying. At no point does he express any kind of remorse for his actions, not even when he has unintentionally killed his girlfriend and become a monster. If anything, the film shows us that this humble and unassuming Salaryman was hiding a dark and depraved soul that was made manifest in a horrific mutation.