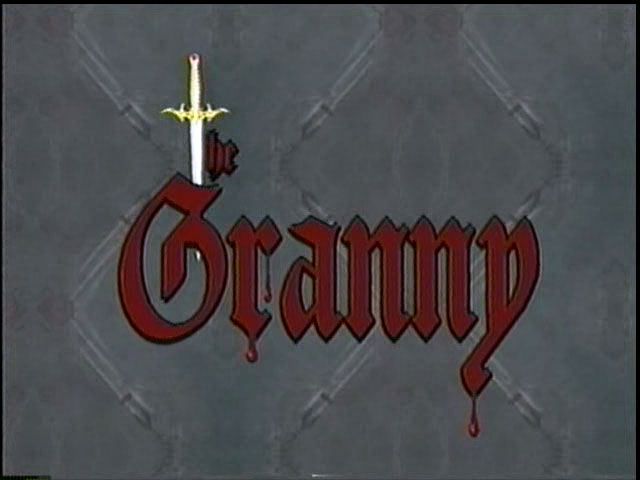 The Granny is a fun film. It’s completely absurd and over the top while adding in some irreverent humor and ridiculous characters. It’s a traditional story of revenge mixed with demon possession.

I first found this at a video store that was still predominantly VHS driven, while the rest of the world was moving to DVD. Instead of upgrading, they just went out of business which is sad, but I suppose either outcome would have lost the olden gems. But in that time, I did find some treasures like Truth or Dare, Monster Dog, and the Dr. Jekyll movie with Anthony Perkins. I also managed to somehow copy most of them to DVD-R since they didn’t bother with macrovision protection on the majority. You’ll be seeing a few of those rips here in the future. 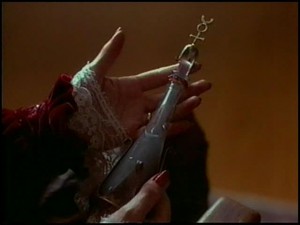 The story starts off with a flashback to medieval times with a women seemingly possessed. A sorcerer comes in and repeats that they should have waited until after midnight to give the girl the potion he had previously delivered. However, the people felt they couldn’t wait and now have to deal with the consequences.

Move to present day, and an elderly women is being taken care of by her granddaughter. The rest of the family is coming over for dinner, but they are only interested in her money, and hope to have her kick the bucket soon so they can collect. She’s none too pleased of course, but manages to put on a good face for them. 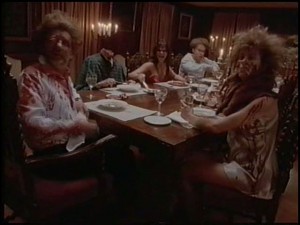 The family arrives and also put up a front, but secretly puts poison in her soup so she’ll die a bit sooner. This ends up being a moot point though, as a mysterious guest shows up with a vial of magic liquid. Just as with the girl in the prologue, she is instructed to wait until after midnight to use it. But this movie would be boring if everyone did as they should, so she downs in at the dinner table after telling everyone off. This causes he to collapse, and the family figures it’s the poison that did her in.

After the funeral, the family swaps the will with a forged copy, since the granddaughter was the only original member to recieve anything. They then move in and start to ravage the place. It’s at this point that Granny wakes up at the morgue, and rushes home for some revenge. 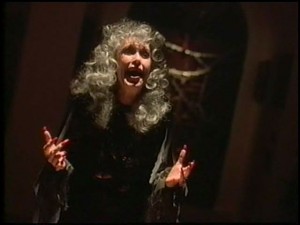 While most of the revenge was warranted, I didn’t get why everyone was fair game, even the granddaughter who took care of her. I suppose the demon is pure evil, but that negates the justifiable revenge. But so be it, it’s a dark comedy to a degree, and full of silly scenerios and a few one-liners. Good times for all.