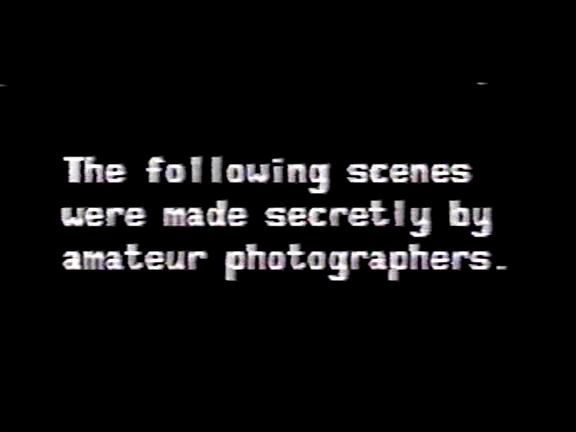 While I’m usually a proponent of the private sector spearheading many innovative trends, and government usually bloating things to the point of extreme inefficiency, I must admit I was wrong about one thing: gratuitous death footage.

While Faces of Death is the grandfather of gore, despite being mostly faked, it certainly sparked off many imitations that upped the ante with quite authentic footage. Nowadays we don’t even need compilations as sites like Ogrish provide endless clips and picks of the most macabre situations you can imagine. This has certainly made things like Hostel a yawn-fest, so the torture-pornesque phase Hollywood is throwing at us provides little more than a time killer at this point. 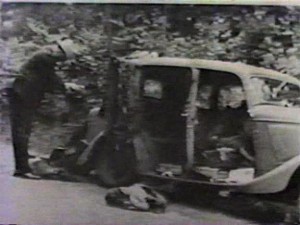 This feature is a bit different though. It’s not really mean to shock, but to educate. The educational aspect is thrown slightly out of proportion due to the over the top message they are trying to convey. The end message is that crime doesn’t pay, but that would be far too simple. Instead the phrase ‘crime doesn’t pay’ is initially belted out by the narrator, but followed up by 15 minutes of insults against the crime masters. 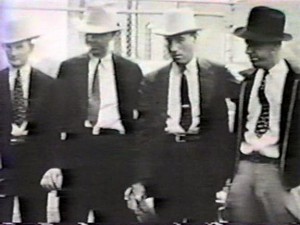 It almost becomes funny at a point when the narrator repeatedly calls the felons ‘stupid’, when they were in fact anything but. However the point here is that they were stupid to think they were matches against the forces of law. They also make a specific note to call their families stupid, and detail how ashamed they must have been to have bred these types of people. There’s also a lot of back-patting from the officers, while standing around with tommyguns for a photo-op. 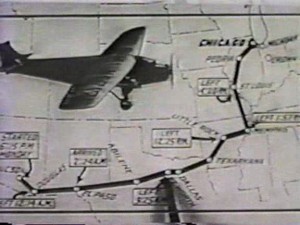 The bullet riddled car of Bonnie and Clyde is shown first, paying specific attention to every area that was penetrated by the high ammo count used to take down the car. I imagine a pit maneuver wasn’t really perfected nor realistic, so plan B was to turn the vehicle into Swiss cheese. Granted, some admiration is warranted for the time before each shot had to be planned and documented, and reckless firepower ruled. They also took the footage before the bodies were removed, so the front seat was apparently occupied. 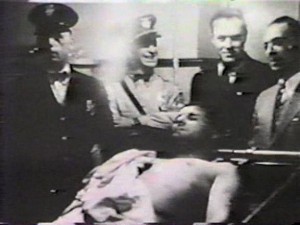 The piece then spirals into a who’s who of the officers who took down many of the crime bosses, and ends with some newspaper clippings of Babyface Nelson, and then is body on a slab while the crew behind him have a hearty laugh as his final situation.

I don’t care to turn this into a commentary of sorts, but it is inadvertently humorous to a degree to contrast the footage with the macho narration about good vs. evil.