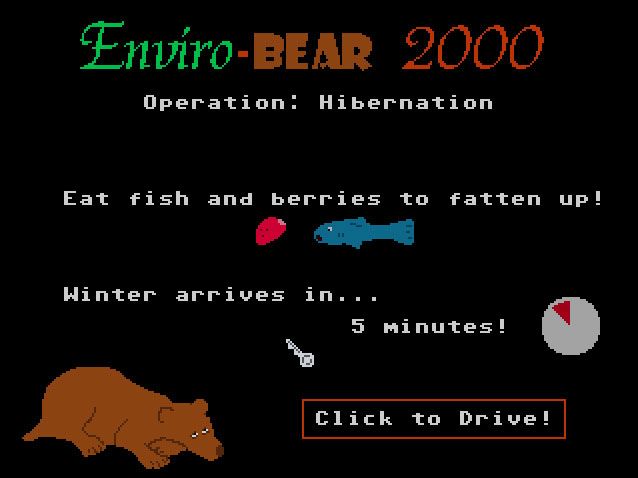 This game can best be described as chaos.

In this strange game, you take control of a bear, or rather his one arm, and attempt to drive a car one-handed. This involves turning the wheel, hitting the gas, hitting the break, grabbing food, and throwing away stowaway badgers all with one hand. How does it work? Badly. Badly, but in a good way. 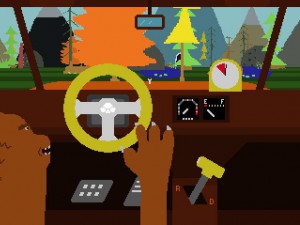 From the very beginning[break], I don’t think anyone is meant to take this game very seriously. Everything from the art style to the sound effects screams absurdity. The objects in-game are .bmp and .jpg files allowing for such sophomoric humor as a bear eating a bear, instead of a fish. Woo hoo~! 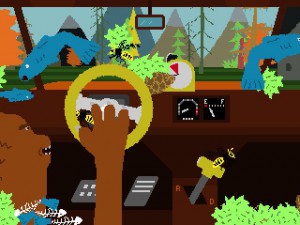 Your goal is to eat your fill of fish (by driving your stolen vehicle into a pond) and then drive to a cave to sleep. It all sounds pretty straightforward until you play the game. Your mouse is the only real control and it controls on arm on the bear. You have to do everything with one arm, which can often make getting from one side of the screen to the next as amusing to perform as it is to watch. 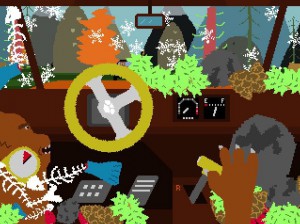 Unfortunately, there is no real variety in terms of gameplay with this one and its very easy for the novel humor of the game to shine a light on the otherwise irritating gameplay mechanic. The long short of it is that this game is good for a brief jaunt, but not something you want to focus all your energy into.