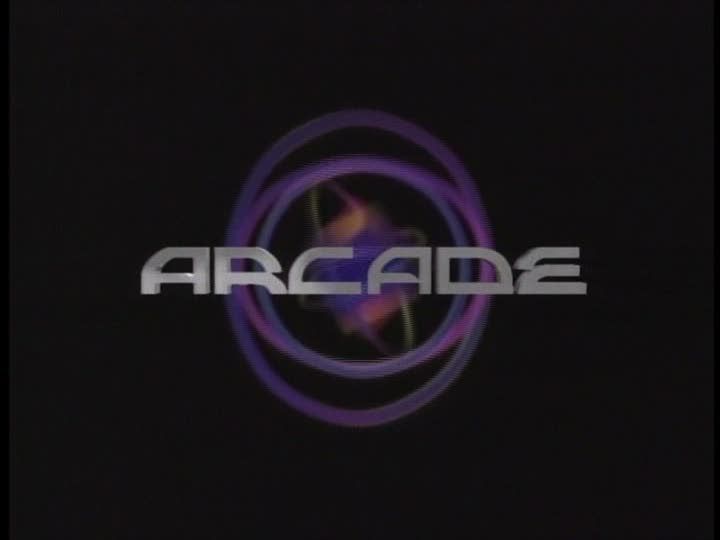 For a short while, this was playing on cable a lot. I remember first seeing it at 15 in a hotel room in Delaware trying to pass the time. Later on my parents had actually gotten a better cable package, so it was on HBO or one of those channels. At the time sci-fi was making a decent comeback with the 80’s sci-fi machinery being replaced with the dawn of affordable CGI (or Silicon Graphics as we said back in the day trying to impress people).

This movie naturally has a lot in common with Tron despite the 10+ year difference. It’s funny how Tron jumped on 3D graphics so early, and then the remainder of the decade was still spent with robots. But that’s mainly due to the ability to create decent graphics. In the early 90’s it really hadn’t advanced a whole lot, but smaller studios started to get in on the fun and churn out some home brewed efforts. 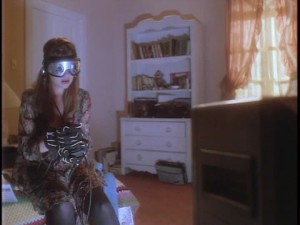 What I really love about this time was the fact that no one really knew what they were doing, but the new tech just seemed so cool, they had to use it. I remember going to a virtual reality convention not too long after this, and seeing the state of things at the time. It’s funny how much has advanced since then as it took so many years to get to Dactyl Nightmare and now after about and equal amount of time from Tron to then and then to now, we’re playing games with near photo-realism. Home PC’s can push out more than pre-rendered graphics could be computed on a Cray.

The mid-90’s also were good for regular Sci-fi like Sliders, Nightmare Cafe, and VR5 among many others. But of course as 3D graphics evolved the charm wore off, and it almost became annoying to see. But let’s not complain too much and instead kick off my Full Moon series of reviews. We’ve got a lot of ground to cover, so I picked Arcade since it is one of the few that I saw when it came out instead of years later as a worn out VHS rental. Hopefully this gives me the momentum to sit through the Trancer series, and random robot movies. 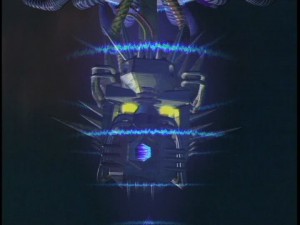 So enough nostalgia about cheap 3D effects, let’s dig into the movie. We’re presented with a group of high-school students who actually look like high-school students for once. They usually just hang around and try to look cool, but through a stroke of boredom, they take one friend’s advice and head down to Dante’s Inferno arcade to try and beta test a new virtual reality system. It’s billed as a revolutionary design and seemingly sucks the people into its world for an unmatched experience.

However they tend to get a little more than they bargained for, as the first participant hits the abort button in a panic since the game feels too real, and the next one who snuck back in to give it a try ends up disappearing after one of the screamers (in-game enemies) catches up. It’s not the first time that the concept of dying in virtual reality will kill you in actual reality, as this was a common theme in VR5 and even in Star Trek to a degree with the holodeck. It does seem like a silly concept, but even with my 26″ monitor, jumping off a cliff does trigger some slight anxiety. Could this be enough given a realistic experience to cause heart failure or otherwise, I don’t know. In VR5 the case was made that a jet fighter wanted to experience a realistic crash and was now spending his life in a coma. Despite this everyone seems to follow the same line of thought, so we’ll roll with it. 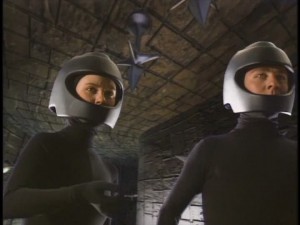 That said, the company who made Arcade sends the teens home with portable versions of the game since apparently this huge console system can just as easily be condensed down to a HUD visor and gloves. Mystical aspects come into play later, so I guess that allows some logic bypass to a degree. I do remember the graphics being much better than they were, but I suppose at the time anything 3D had an instant wow factor. After my initial disappointment upon them not living up to my memories, it isn’t all that bad.

So after doing some snooping around, the lead actress tries to find the missing person who happened to be her boyfriend, and enlists the help of the suave nerd. He’s that guy who knows the tech stuff, plays games, but tries to come off like Dean Martin. But he’s game for helping, so that is about all she can hope for. They mess around with the game for a bit, but can’t get past the first level before jumping out. They head over to the headquarters and threaten their way inside in order to get some tips on the game and meet the designer. 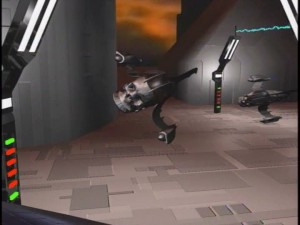 The programmer honestly seems about as clueless about the game as anyone else, and is trying to beat the game himself as they walk in. We could ask how they made a complete game if the lead dev can’t even beat it, but we soon realize that in order to achieve the superior artificial intelligence for Arcade, they had to hook into a human brain. We found out that a comatose child was used, and despite some moral concerns, they stuck with it. This somewhat explains why the game is unpredictable and out for blood most of the time.

After learning a few tricks, and entering the game together, they are are able to at least make it to level 2, however there are many more. The guy gets caught by one of the screamers, but somehow doesn’t die in real life, but instead is woken up by the programmer who dives into the wires and start soldering things together in an attempt to hack the game. This gives the girl, who is now alone, a better chance.

So then this goes on for a while. At one point there’s a liar’s paradox as in the Labyrinth. However it doesn’t make any sense, as she just asks the one who claims to be the liar where to go, and she chooses the opposite. But this paradox only works if you know one is a truth teller, and the other is a liar from a third party as each can’t verifiably say which role they place. On a side note, despite Jennifer Connelly’s correct logic in the Labyrinth, I believe this is where she went wrong, as there’s no way to tell if either party was performing the liar’s paradox. Going back to Tron, there are some high speed races, and even manage to fit the term ‘cycles’ in there despite flying hover-planes. Eventually she meets arcade at the top and has a showdown of sorts and fights her fears or find herself, etc, etc. 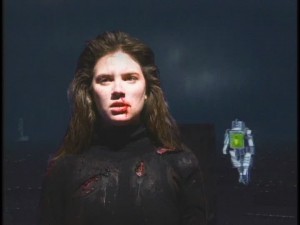 So begins the reviews of as many Full Moon films as I can. They seemed to be able to pull off the modern b-movie with a flair of semi-professionalism. Due in part to filming on….film. While some of the sets may be one a budget, they don’t let that stop them, or pull out the tongue-in-cheek cheesiness. Let’s move on to the next shall we.