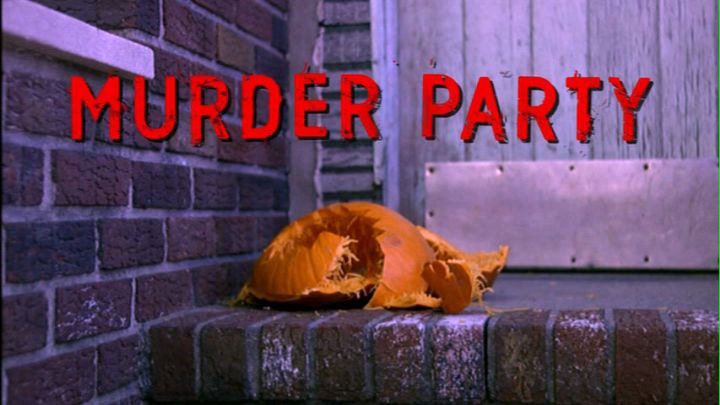 Once in a while, you rent a random movie and it just blows you away. Not because it’s so great (although personally I would still argue the case), but because it just grabs a different angle and then takes you on a crazy ride.

Murder Party is less of a horror movie than a dark comedy, but there’s plenty of gore to go around in any case. It’s main strength is its morbid sense of humor. It’s evident that a lot of creativity went into the flow of the movie as hardly a moment goes by without an event that displays the hilarious absurdity of the situation. 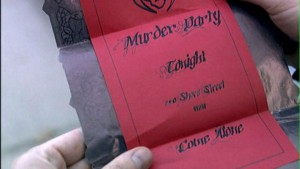 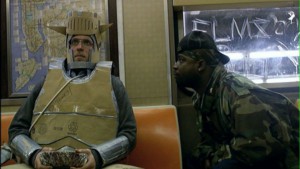 Death is taken pretty lightly as would be expected from a movie essentially about murder. Final words of wisdom are often played up as many of the characters are more interested in their art, than their lives. One is upset about his camera as he collapses, while another comments that she can smell cut grass (not sure what that’s suppose to mean).

The interest in art drives most of the story. As we find out, the man is invited to the party solely so he can be killed as part of some abstract performance art project in order to impress the lead art director, Alexander. Alexander has plans of his own though, which are equally as devious. However, few can bring themselves to complete the act and are torn between their moral actions and their dedication to art. 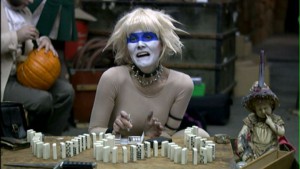 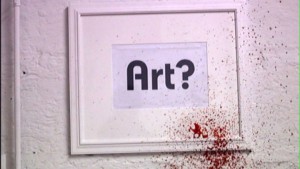 Rather than the intended murder, many of the cast are slowly off’d in amusing fashions. Some don’t entirely die, and spend the remainder of the film in an agonizing state of pain, while still trying to complete their projects.

The film also pokes fun at the over-seriousness of abstract art and artists. Aside from the obvious personas present in the story, certain other ‘normal’ art is on display, involving painted human still life and other odd sets. At one point a plaque reading: ‘Art?’ is hanging on the wall posing a question then quickly covered in blood to make it a moot point in the end. 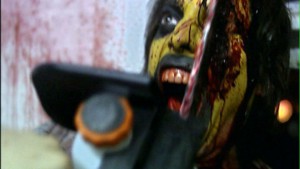 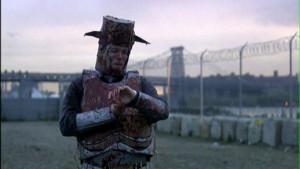