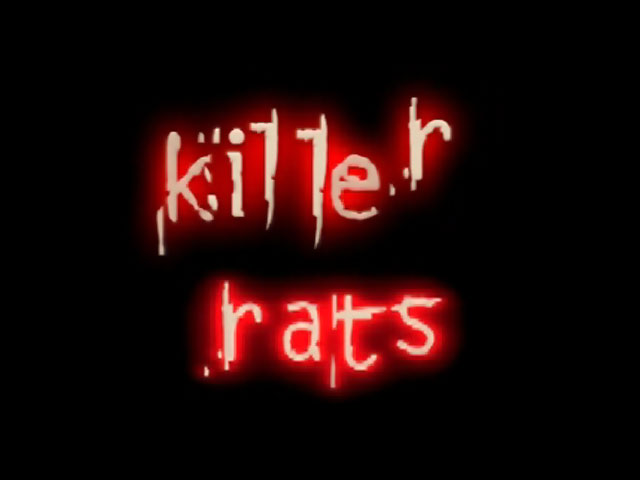 A movie called Killer Rats has to be good. Or at least you shouldn’t expect a whole lot from it. I’m not sure how these movies get made, or who finances them. Pitching a movie about large rats that kill people must be quite the job. But luckily someone was up to the challenge and got the job done.

The plot, as you can imagine, revolves around rats, ones that kill people. That alone would be enough, but I suppose there has to be a bit more. It starts off with two people doing some work on the building. One punches a hole in the wall, and then gets sucked in while the other runs away, but still apparently dies. 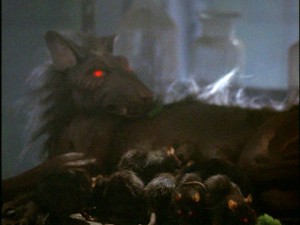 Flash forward to sometime later and a girl is being admitted into rehab. Had they not said it was rehab at a later point, I would have assumed mental hospital or possibly jail, but apparently it’s just the last stop for kid who’s parents don’t feel like dealing with them anymore.

As the girl gets acquainted with some of her neighbors, they start disappearing. In their place is just a lot of blood, which one mental patient or whomever has to clean up. Ron Perlman is the head doctor and runs a tight ship, but we don’t have a lot of time to explore that due to the bodycount. Needless to say, I don’t think there’s a role he would even turn down.

As more people die, and we’re allowed to see more of the rats, one larger one emerges and is apparently the queen or head rat of some sort. The smaller ones are just as deadly though, so it’s just a matter of how big the bites are in the end. 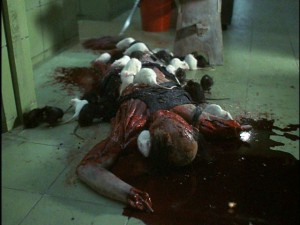 Unlike some of the recently reviewed movies, this one opts to go the CGI route and have floating rats jump all over different people. It may have been better had they cast shadows, but that’s apparently not in the budget. Despite this, it was moderately entertaining. Not the to the point that I’d re-watch it, but fair enough for the first go-around.