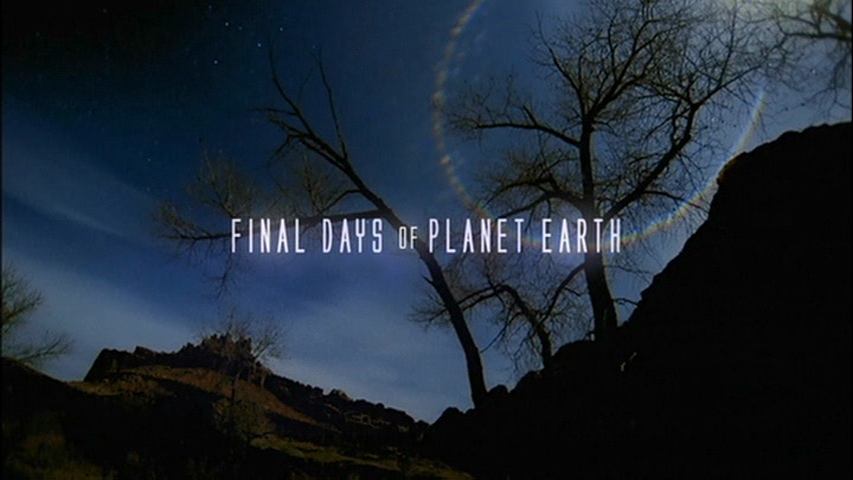 The theme of alien invasion has always been my favorite subject in stories. I’ve often hoped that a race of aliens would come to this planet with the pure intention of conquest just so I could join a resistance movement like in Half-Life 2 or even Battlefield Earth. The idea utterly excites my imagination, which is why I was more than happy to review Final Days of Planet Earth. Of course, once my masters realize I’m actually enjoying this, I’ll probably end up reviewing Bud the Chud.

The story starts out in the present day, for some bizarre reason, NASA has launched another manned mission to the Moon instead of paying billions of dollars on an erector set robot that won’t work when it makes planetfall. At any rate, the crew soon falls victim to an unseen evil and only one man, the captain of the mission, knows the truth. Flashforward a couple years and we learn that a string of possible abductions have rocked the world. People are disappearing and no one knows why. As the story progresses, Lloyd Walker, an archaeologist and resident misanthropist inadvertently discovers a conspiracy where people are being processed as food and hosts for a mantis-like race of aliens. 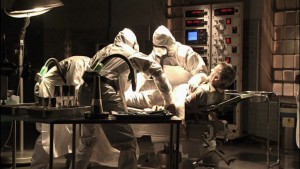 The aliens are not known by name and their point of origin isn’t revealed although it is later learned that the moon was their staging area. Having infiltrated influential echelons of human society, there’s no way for Lloyd and his rag-tag group of confidants to know who to trust. Daryl Hannah plays the role of Liz Quinlan a seeming civil servant who is, in actuality the queen of this entire race. By the way, I’m not going to bother with a spoiler alert on that one, if the story didn’t make it obvious enough, all you’d need to do is look at the DVD cover, which basically spells it out.

Towards the end of the story, the captain from the aforementioned moon mission is found to be under alien supervision in a mental hospital. Turns out he was kept alive because his blood is poisonous to their race. Why? Apparently, the aliens wanted to formulate an antidote against his blood. Unfortunately, we never know WHAT about his blood makes it poisonous. Is it based on type? Iron? DNA? Doesn’t matter. 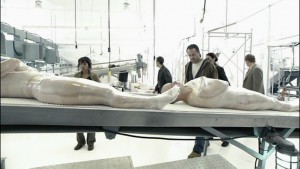 One major problem I had with this film was the oversimplification of the aliens. They are a complicated and fairly sentient hive society that has successfully infiltrated our race for three years. They control the police and may well have ears in the government, yet they are felled by something as idiotic as smoke. Yes, you heard me. In the asylum mission when Lloyd and his crew need to rescue the captain, the pest control expert in the group suggests smoking the aliens into a trance like bee keepers often do with their hives. With no valid basis for this idea other than “it works on bees” they throw everything on the table and it somehow works.

The movie, overall, is an entertaining journey for what it is. I would have liked to see the concept of alien invasion taken more seriously as I believe the idea could have been made more plausible. However, Daryl Hannah manages to save the show by being a convincing villainous, but all too obvious. There was never any question as to if she’d be revealed as an enemy. It was a matter of when.